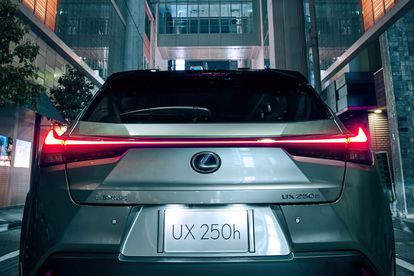 Global sales of electricfied vehicles have sparkled for Lexus, with the luxury carmaker announcing sales of more than two million units.

Lexus, which is the luxury vehicle division of the Japanese automaker Toyota, also announced today (8 July 2021) that the UX (Urban Crossover) would be available in South Africa in hybrid-only derivatives.

These Lexus models are no longer available

According to Lexus, this means the UX 200 EX petrol grade and F Sport derivatives are no longer available for sale in the country.

Marketed in more than 70 countries, the South African division of Japan’s largest-selling premium car brand said the manufacturer had eclipsed the major milestone of two million global sales of electrified vehicles at the end of the first quarter of 2021.

This, said Lexus, reflects the company’s commitment to the reduction of CO2 emissions across a significant number of luxury segments and a clear indication that like sister-brand Toyota, Lexus is firmly on the path to carbon-neutrality.

Going with the current

“By 2025, Lexus International will debut 20 new or improved models, including more than 10 BEVs, PHEVs, and hybrid electric vehicles (HEVs). In the same year Lexus International will make available an electrified version of every model in its line-up,” said the carmaker, adding it expected global sales of electrified models to exceed those petrol and diesel-only in the future.

Since the launch of the RX 400h in 2005, Lexus has focused on pioneering electrification in luxury segments.

“Since 2005, Lexus electrified vehicles have contributed to a cumulative global reduction in CO2 emissions of approximately 19 million tonnes.

“This reduction is equivalent to the combined CO2 output of approximately 300 000 passenger cars each year for the past 15 years,” said Lexus.

“Globally, 33% of Lexus models sold were of the electrified variety during 2020. In South Africa, Lexus has already established itself as the leading luxury brand for hybrid electrification and this just further demonstrates TSAM’s commitment to this technology.”

“In fact, for almost every Lexus model (other than LX, RC, LS and LC) sold in the country, there is a hybrid variant available. In addition, Lexus has two hybrid-exclusive model ranges – the newly-minted IS and the premium compact UX SUV, ” continued the carmaker.

The UX was introduced in 2019 and has been one of the brand’s top sales drivers since its inception in South Africa. “The UX name is derived from the design team’s guiding concept and describes the vehicle’s mission: Urban + X-over (crossover) = UX,” explained Lexus.

“The Lexus UX was designed for the modern urban explorer seeking a fresh, contemporary and dynamic take on luxury driving,” says Glenn Crompton, vice president of Lexus sales and marketing.

He said the UX appeals to young buyers who seek not only what is new and exciting, but what’s also relevant to their lifestyles.”

Moving in a hybrid direction

With Lexus being fully committed to lowering fuel emissions and planning to continue expanding its hybrid offering across the product line-up, the company believes the UX 250 hybrid line-up is a natural extension for the model, and one that has proved itself in market share and sales since its introduction.

“As a result, the business took the decision to offer the UX in hybrid only. The model range now comprises UX 250h EX (entry grade) and UX 250h SE (top spec). This means the UX 200 EX petrol grade and F Sport derivatives are no longer available for sale in the country,” stated Lexus.

Both the model grades are equipped with Lexus Drive Mode Select, which allows the driver to tailor the driving experience by selecting from three different drive modes – Normal, Eco and Sport.

The Lexus Safety System comes standard in the hybrid SE grade and includes:

The UX 250h EX is similarly-specced, and comes standard with features such as park distance control with a reverse camera (without panoramic view), push-start system, Drive Mode Select, as well as niceties such as two rear USB charging ports, among other features.

All Lexus models come standard with a best-in-class seven-year/105 000km warranty and full maintenance plan, Lexus Connect Service and its vehicle service intervals are set at every 15 000km, alternatively once a year.