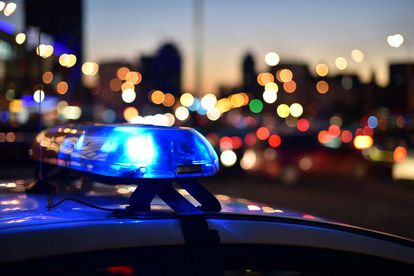 The Road Traffic Management Corporation (RTMC)  has advised all motorists to check if they have any outstanding traffic fines before embarking on their festive journeys. The RTMC is responsible for coordinating road traffic law enforcement nationally.

However, Justice Project South Africa (JPSA) said it was concerned with recent statements made by the RTMC which, it said, flouted the law and violated the constitution.

“Traffic officers are being deployed on all major routes and those [motorists] found with outstanding traffic fines will not be allowed to proceed,” the RTMC said.

TRAFFIC FINE NOT A WARRANT OF ARREST

Justice Project chairperson Howard Dembovsky said there was no provision in any law authorising traffic officers to prevent motorists from proceeding with their journey if they are found to have outstanding traffic fines.

“A traffic fine is not a warrant of arrest and should not be regarded as one. An arrest warrant is issued by a judicial officer if a person has been summoned to court and has failed to appear,” Dembovsky said. “A traffic fine constitutes an allegation of wrongdoing. It is not an invoice or a tax.

“This means that preventing anyone from proceeding with their journey on the strength of an ‘outstanding traffic fine’ constitutes de facto unlawful arrest. Forcing such persons to pay a fine or fines under threat of formal arrest constitutes extortion.”

‘PROVISIONS OF LAW MUST BE OBEYED’

Dembovsky said for years the RTMC had threatened motorists who were allegedly driving under the influence with a minimum of seven days in jail before being allowed to make a bail application.

“There is no such provision in the law that authorises this and it is unlikely that there ever will be,” Dembovsky said.

“As much as I detest having to continually repeat myself, it is high time that traffic law enforcement officials started obeying the provisions of the law that apply to them. The RTMC is too fond of threatening motorists with things that are not provided for in law.”

“Instead of inciting unlawful behaviour by traffic officers, the RTMC should be acting responsibly by concentrating on initiatives that promote road safety and save lives, where reckless drivers are stopped before they crash into other road users.”

In an effort to curb the spread of COVID-19 during the busy festive season, law enforcement operations conducted on South Africa’s roads will include screenings for symptoms and rapid antigen tests designed to tell in a few minutes whether someone is infectious.

This will be apply where resources are available. These preventative measures will be especially common for motorists and travellers returning to Gauteng towards the end of the holiday period.

Gauteng is most at risk of a travel-induced second wave, with the yearly migration of inland holidaymakers leading directly to high-risk coastal regions. The Western Cape government has also adopted roadside screenings into its arsenal to curb a surge of infections in Cape Town and along the Garden Route.

Transport Minister Fikile Mbalula has confirmed that public transport services, predominantly buses and taxis, will also be subject to compliance inspections at roadblocks over the festive season. Long-distance taxis are only allowed to operate at 70% capacity and must travel with windows open to offer better ventilation.

President Cyril Ramaphosa said during the launch of the 2020 Festive Season Road Safety Campaign on 1 December: “In keeping with our message of not allowing public transport to serve as a super-spreader activity, our law enforcement officers at roadblocks will put measures in place to enforce the COVID-19 regulations and directions.”