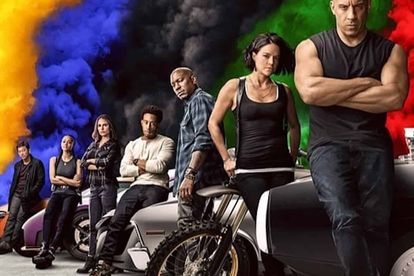 Mention movies featuring cars and chances are good that Fast and Furious will be the first words on the lips of both car enthusiasts and action movie lovers alike.

Arguably streets ahead of other contemporary car action flicks, the Fast and Furious has built a solid cult following, almost from the very first supercharged rev. And now Dominic Toretto (Vin Diesel) and a fleet of mean machines are back with the ninth instalment, F9-The Fast Saga, and set to be unleashed on 22 May.

What we know so far

The producers have teased the upcoming film on social media, revealing the film’s cast (watch for new addition John Cena) and their high-powered rides. There’s a “flying” Dodge Charger, a rocket-powered Pontiac Fiero and…let’s have a look at the F9 trailer to see what else is parked in the F9 garage?

Two Chargers, a Mustang and even a classic Massey Ferguson 165

This time, Dom will be riding the Charger 500 muscle car — but with a ‘cornucopia of customization’.

In the trailer, we see a married Dom and Letty (Michelle Rodriguez) living on a farm and raising Dom’s son. Dom is repairing a classic Massey Ferguson 165 tractor while he teaches his son to differentiate wrench sizes.

He is shown working on a Charger in his new barn, and it appears to be identical to his old 1970 Dodge Charger R/T.

Universal Studios has released a promo poster of Vin Diesel in front of a 1968 Charger 500: A 426 Hemi powered Nascar homologation Charger that was the predecessor to the Daytona.

What does John Cena drive?

Rapper Ludacris, who plays the role of Tej Parker in the film, will be seen behind the wheel of an Acura NSX.

John Cena, enters the Fast and Furious fray as Jakob, a deadly assassin who happens to be Dom’s brother. Cena will be pushing a Ford Mustang Shelby GT350 to its limits in the film. And that glorious Kona Blue, Cena’s Mustang, is definitely going to garner a lot of attention.

Much like her brother in the film, Mia Toretto (Jordana Brewster), too likes old American muscle cars and will be seen driving a Chevrolet Chevelle SS in Fast and Furious 9. It looks like the 1971 version which was powered by a V8 engine.

Roman Wranglers it and gets a fiery ride

From a red Dodge to a Bentley, he has been seen in cars that are head-turners. And for the ninth instalment of Fast and Furious, he will be behind the wheel of a Jeep Wrangler Rubicon, in contrast to his previous choices. It will be interesting to see what made him give up on his love for sports cars.

Ramsey (Nathalie Emmanuel), a rather recent addition to the Fast and Furious squad, will be driving a the Ferrari-challenging supercar, the 2018 Noble M600.

Information about the car in the film is sparse, but the production model draws power from a Yamaha-designed 4.4-litre V8 that has been transformed, picking up two turbochargers along the way. And boy, is it fast. Noble reckons it’ll hit 96km/h from rest in three seconds, 193km/h in 8.9 seconds, and then go on to 362km/h, Top Gear reported.

Another central character returning to the franchise will be Han, originally the mentor of Tokyo Drift and a friend of the Toretto’s ever since. Han’s death had been a significant kink in the timeline, but he won’t be the first character to come back from the dead.

During the Edinburgh chase, Han is driving a bright orange Toyota Supra. The Supra is a favourite vehicle of the series: The plot of the first film revolved around restoring a supra that Brian eventually drag-raced against Dom’s 1970 Charger.

On This Day in South Africa: What happened on 16 January?