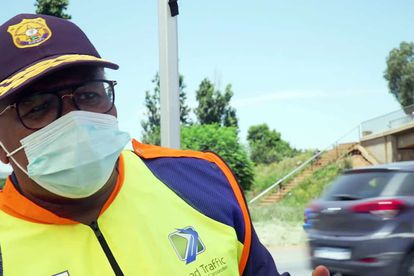 The controversial Administrative Adjudication of Road Traffic Offences (Aarto) Act, which was due to come into effect on 1 July 2021, might be delayed due to the start of a forensic investigation into alleged maladministration at the Road Traffic Infringement Agency (RTIA).

A number of senior RTIA employees have reportedly been suspended and it’s believed that the suspensions are tied to financial maladministration.

Chair of Justice Project South Africa (JPSA), Howard Dembovsky, said the plans to introduce the amended Aarto Act in South Africa in July would be reckless.

“The suspensions are being said by the RTIA to have arisen from the findings of the auditor-general regarding the RTIA’s 2019/20 audit, coupled with whistle-blower reports of serious maladministration involving these individuals.”

He said that the fact that the maladministration was uncovered by the auditor-general strongly suggests that it involves finances.

He said the changes envisage a vast flood of revenue which, in South Africa, has proven to be an open invitation for corruption in SOEs.

“Fines have been tripled, fees have been doubled, infringement schedules have been modified to maximise fine revenue from speeding especially, and a preposterous ‘infringement penalty levy’ has been incorporated into the new regulations,” he said.

The Road Safety Project (RSP), reacting to the forensic investigation, said similar points systems overseas have proven to be one of the most effective means to increase road safety while echoing Dembovsky’s criticism.

“Unfortunately, the investigation into RTIA is revealing that Aarto appears to be more concerned with the financial benefit of traffic penalties rather than improving road safety.”

“As a result of these findings, public buy-in and support are likely to be seriously impacted. This is in a climate where the public was already sceptical of the system before any maladministration was found. Until a resolution to the concerns is found, the planned implementation of Aarto on 1 July will need to be delayed,” the group added.

“The Amendment Act and draft regulations perpetuate the stench of road safety as a cash cow, and this latest development gives credence to criticism that the Department of Transport has not held the RTIA at arms’ length in law-making.”

Aarto’s planned national implementation date is 1 July this year, and Dembovsky believes that a forensic investigation into what is clearly being regarded as “serious malfeasance” could likely not be completed with just 145 days to go before that date.

“To forge ahead with Aarto’s national implementation under the current circumstances would be reckless and we cannot see that the Minister of Transport has much option but to pause it yet again.”

“The RTIA must be squeaky-clean if Aarto is to have the public’s buy-in, and this latest development further undermines public confidence in the agency,” Dembovsky said.

The Aarto bill was signed into law in 2019 by President Cyril Ramaphosa with the aim of improving road safety in South Africa.

Essentially, the Aarto Act allows for a demerit system whereby a person, operator or company is liable to pay a penalty as well as incurring a points penalty related to the particular traffic infringement.

Dembovsky said that the infringement penalty levy, which charges R100 per infringement notice, will, on its own, generate R1 billion per ten million fines issued, excluding the value of the fines themselves and the fees the RTIA may add to them.

It is conservatively estimated that between 15 and 20 million fines a year will be issued countrywide once Aarto is fully implemented, he added.

Once a maximum amount of demerit points (15 points) are reached, then the person and vehicle will be disqualified from driving for a period of time (three months).

Offence points range from one to six, depending on the severity of the offence. After three disqualifications, the driver’s licence will be cancelled and that person will have to apply for a new learner’s license and driving licence after the disqualification period has come to an end.