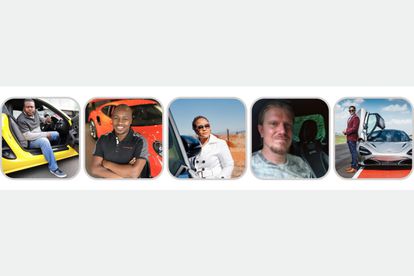 The 2023 South African Car of the Year judges

In November 2008 Masemola started his own small online publishing entity called IN4RIDE, the first and still leading 100% black-owned and run dedicated Motoring online publication. Some of its innovations include being the first site of its kind to have a presence on social media as well as wide content syndication to outlets like news hub ENCA.com.

As a writer, the multi-award-winning Masemola is a jack-of-all-trades, straddling seamlessly between covering cars and technology, to general social commentary and economy-related topics. In 2002 he won the Pica Award for Best Overall Consumer Magazine with Ymag, and has also taken home merit awards in the Motoring journalism field and has been a Car of the Year juror six times.

Jason Woosey has seen the world of journalism from numerous angles. Woosey was a SAGMJ Bursar in 2002 and then went on to establish his career in the magazine sector before joining the online world in 2010. A man of few words, he is a certified petrolhead and loves cars of all shapes and sizes, and has a particular passion for design. Currently, he is the Motoring Editor of IOL and has been a Car of the Year juror a dozen times.

Brenwin Naidu is one of three South Africans on the World Car Awards jury. Naidu holds the title of motoring section editor for Sowetan and Sunday Times Lifestyle; both published by Arena Holdings. His list of achievements includes being the recipient of the 2017 Steve Dlamini Award for Excellence in Motoring Journalism. In 2021 he was named on the Mail & Guardian Top 200 Young South Africans list. He brings over a decade of media experience and has a BA (Hons) in Media Studies from the University of Witwatersrand.

Lerato Matebese entered the motor industry at the beginning of 2006 as a SAGMJ bursar. In 2007 he joined Business Day as a senior motoring writer for their weekly supplement, Motor News, a position he held for 11 years. He was also the motoring editor of Drum/You Magazine from 2007 to 2008. He joined TCB Media in 2018 as editor of its premium motoring magazine title, Driven Magazine, for two years. In September 2020, Matebese co-founded Clipping Point Publishing, a boutique, 100% black-owned publishing house, which currently publishes TopGear Magazine SA and also recently The Mail & Guardian Motoring since June 2022.  He has been a SAGMJ South African Car of the Year Jury member eight times and is one of three South Africans serving on the judging panel of the World Car Awards.

The first step in the process will be the election/selection of the jurors for the 2023 SA Car of the Year competition. The official qualification period ends on 31 October 2022 after which all vehicles launched will be reviewed by the COTY committee to determine which vehicles adhere to the prescribed set of requirements to officially qualify to compete for the title. The qualifying vehicles are whittled down to a list of semi-finalists before the jurors select the finalists and they commence the official evaluation and scoring to determine category winners and one overall winner.

“My newly formed team is mindful of the longstanding history of COTY. We have all served as jurors multiple times, sometimes alongside legends who were part of that very first COTY competition in 1986. Three of my team, including myself, were SAGMJ bursars. We have been passed the torch and we have embraced that responsibility. Now it is our turn to become mentors and leaders for the next generation and I can’t think of a better team to do it with,” Mabuza concluded.

Posted by SAGMJ on Quickpic News

For more news about the best cars you can buy and own in South Africa, click here.