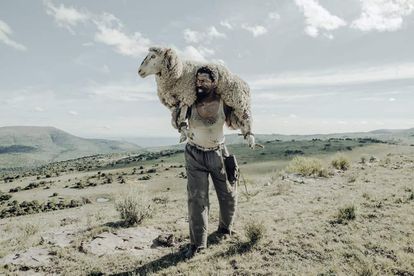 Sew the Winter to My Skin

Sew the Winter to My Skin

The programme for the 62nd BFI London Film Festival has been announced. As always it is pure film magic. From 10th to 21st October the line-up of 225 films from 77 countries will be screened in 14 cinemas. Two of those films, Mayfair and Sew the Winter to My Skin are from South Africa and there’s A South African/Sudanese co-production called Akasha.

Mayfair is directed by LFF regular, Sara Blecher with a markedly different film, a multi-cultural African gangster thriller, about an international aid worker called Zaid who is fired from his East African job and comes home to Mayfair Johannesburg. Quickly he becomes part of the immigrant melting pot. It will be screened Fri 19th Oct at the NFT at 18.15 and Sun 21st Oct at Rich Mix at 15.30.

Sew the Winter to My Skin is directed by Jahmil XT Qubeka (Of Good Report at LFF 2013). It is a thriller based on a true story that follows the escapades of John Kepe, a Robin Hood-like outlaw who between 1940 and 1951 robbed white homes to distribute the spoils among local black communities. It is screening on Fri 19th at Cine Lumiere at 17.45 and on Sat 20th at Vue at 15.45.

Akasha, a comedy written and directed by hajooj kuka, is set amidst the endless war in Sudan and about a revolutionary soldier who revels in having shot down a MiG fighter with his beloved AK47, he calls Nancy. This film will be screened on Thurs 11th at Rich Mix at 21.00 and Fri 12th at NFT at 13.15.

Other big films include the eccentric director Yorgos (The Lobster and Killing of the Sacred Dee)  Lanthimos’ The Favourite starring Olivia Colman, Emma Stone and Rachel Weisz, and Joel and Ethan Coen’s The Ballad of Buster Scruggs, an anthology of six Western tales. Keira Knightley stars as Colette with Dominic West in Wash Westmoreland (Still Alice)’s biopic of the racy French novelist and  Antonio Banderas, Annette Bening, Oscar Isaac and Olivia Cooke and Wilde make a brilliant ensemble cast for Life Itself from This Is Us’ Dan Fogelman.

I’m also looking forward to seeing a comedy from Saudi Arabia, a thriller from South Korea and a romance from Iran, wedged in between dozens of other films. This year the artistic director is Tricia Tuttle and she has genuinely made this not only a global event but also one with nearly 40 per cent of the films from female directors.

See here for the full programme.