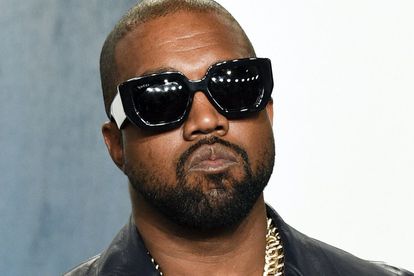 A petition to have Kanye West removed from the Coachella line-up has received nearly 30 000 signatures to date. Image via Twitter @Variety

A petition to have Kanye West removed from the Coachella line-up has received nearly 30 000 signatures to date. Image via Twitter @Variety

Yikes! It seems Kanye West’s list of rivals keeps getting longer, especially since he parted ways with wife Kim Kardashian. It now seems there is bad blood between the controversial rapper and fellow muso Kid Cudi – and it all has to do with Pete Davidson, Kim’s current boyfriend.

In the pettiest way one can imagine, the 44-year-old Grammy winner announced on his Instagram page that Kid Cudi will not appear on his upcoming 11th studio album Donda 2, as previously planned. West shared the news in a handwritten note posted to the image-sharing app on Saturday, 12 February 2022.

“Just so everyone knows Cudi will not be on Donda because he’s friends with you-know-who,” West wrote in a post that has since been deleted.

“We all speak in Billie language now,” Kanye West added.

What does all this have to do with Davidson, you might ask? Well, the SNL comedian is good friends with Kid Cudi, whose real name is Scott Ramon Seguro Mescudi.

Kid Cudi, who has worked with Kanye West on a number of music projects over the years, wasn’t too bothered about being snubbed. In a comment that was captured by the @commentsbycelebs Instagram account, the 38-year-old replied: “Too bad I don’t wanna be on ur album u f—– dinosaur hahaha. Everyone knows I’ve been the best thing about ur albums since I met u. Ima pray u for [sic] brother.”

Cudi added on Twitter, “We talked weeks ago about this. You’re whack for flipping the script and posting this lie just for a look on the internet. You ain’t no friend. BYE.”

“God opens the door so the wrong people can exit ur life,” he also tweeted.

West’s hostility towards Davidson knows no boundaries. He recently threatened to beat the comedian up in his new song Eazy. He isn’t taking the threats lying down and has reportedly beefed up security. And whilst Pete isn’t necessarily worried about Kanye, he is concerned about the rapper’s die-hard fans.

A source told Radar Online: “Pete isn’t worried about Kanye, but he is concerned about the massive fanbase that Kanye has. His devoted followers listen to his songs and act upon them. That’s why Pete is now using security.”