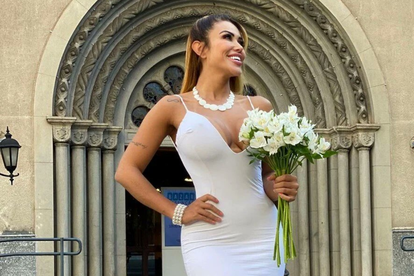 Brazilian model Cris Galera is getting a divorce from herself. Image via Instagram: @CristianGalera

Brazilian model Cris Galera is getting a divorce from herself. Image via Instagram: @CristianGalera

33-year-old Cris Galera made the bizarre decision to marry herself. At the time, Galera went viral after claiming that she isn’t waiting on a man to make her happy. Three months later and the model is getting divorced because she found love.

Three months ago Brazilian model Cristian Galera made headlines across the world after getting married to herself. As expected, she was widely criticised as an attention seeker but didn’t mind. According to her people’s opinions just don’t count.

“I decided that I would no longer read the hate comments. People’s opinion will not change what I think or add anything to it,” said Cris in a Dail Star article.

“I reached a point where I matured, I realised that I am a strong and determined woman. I was always afraid of being alone, but I realised that I needed to learn to feel good about myself. When that happened, I decided to celebrate it.”

After only 90 days, Cris has found love and is now getting a divorce. Briefly News reports that the model enjoyed her short marriage while it lasted but has found her true love.

According to the publication, she also feels like she can believe in love again now that she has met the man of her dreams.

“I started to believe in love the moment I met someone else special,” she said, adding that she was happy while her “marriage” lasted.

Meanwhile, Cris has not shared snaps of the lucky man. Her Instagram page also shows that she is happy and living her best life although she hasn’t shared any loved up snaps just yet.