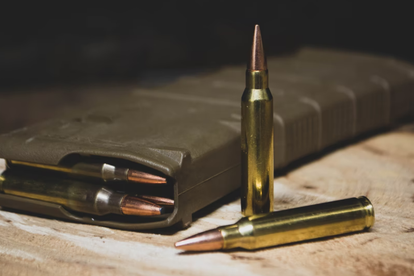 A British man was in a lot of pain after munition got stuck in his rectum. Image via Unsplash

A British man was in a lot of pain after munition got stuck in his rectum. Image via Unsplash

A man found himself in a really uncomfortable situation after World War II-era munition got stuck up his rectum. Police and army officials were called in to assist in getting the munition out. Luckily for him, hospital staff were able to remove it before they arrived.

According to the man, he slipped and fell on the munition.

A man from Gloucestershire, western England rushed to the hospital after munition got stuck in his rectum. The police and bomb squad were called to assist in safely removing the munition. Luckily hospital staff were able to get it out safely before they arrived.

ALSO READ: Anele Mdoda has a load shedding snake scare and lives to tell the story!

“Police attended Gloucestershire Royal Hospital on Wednesday morning (December 1) after a report that a patient had presented with a munition in his rectum,” police said in a statement.

“The item had been removed prior to police arrival and the Explosive Ordnance Disposal team were contacted.

“They attended and confirmed it was not live and therefore not a danger to the public.”

According to IOL, the man told doctors at the England hospital that he “slipped and fell” on the munition and that’s how it got lodged up his rectum.

They also report that he had been cleaning out his private arsenal of military collectibles when the accident occurred. The munition was a 57mm shell – measuring 17cm by 6cm – and was a chunky, pointed lump of lead designed to rip through a tank’s armour.

“It was basically an inert lump of metal, so there was no risk to life – at least not to anyone else’s,” a source told The Sun.