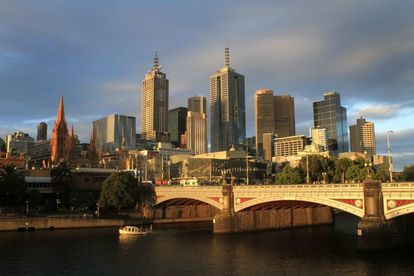 Melbourne is one of the happiest places to retire to, but it will cost you almost R4m in retirement savings to do so. Image: Pixabay

Melbourne is one of the happiest places to retire to, but it will cost you almost R4m in retirement savings to do so. Image: Pixabay

A recent UK study has examined how much it would cost to retire happily — and comfortably — in various parts of the world.

The study, by luxury retirement developers Audley Villages, revealed there is a correlation between wealth and happiness in the golden years of one’s life.

Though money is not the be-all and end-all in life, it does, however, help to make life more pleasant, especially in the later years of our lives.

The report is an annual publication produced by the United Nations Sustainable Development Solutions Network, ranking national happiness levels in cities across the globe based on scores provided by survey respondents rating their own lives in each of the various cities.

COST OF RETIREMENT IN ‘HAPPY PLACES’

To calculate the cost of a comfortable and happy retirement, researchers analysed monthly living costs, average salary and average life expectancy in the various cities appearing on the World Happiness Report.

This enabled Audley Villages’ researchers to calculate the average retirement savings required for a happy retirement. Researchers then ranked the best and worst cities to live in as a retiree, guided by both the happiness and cost factors.

The top 10 cities on the list of happiest places to retire in, includes cities where retirees have a life expectancy above 80 years of age. Several cities at the top of the list are in the Scandinavian region.

Amsterdam, Stockholm, Vienna and Luxembourg also appear in the top 10 positions on the list, all requiring an average of well over $200,000 (R3.06m) savings at the start of retirement.

The only city outside of Europe appearing in the top 10, is Melbourne, Australia, with a score of 7.2 and a requirement of about $250,000 (R3.8m) in savings at the beginning of retirement.

MOST AFFORDABLE HAPPY PLACES TO RETIRE IN

The study then ranked the world’s happiest cities to retire in according to their affordability.

This list has Melbourne in first place with an overall score of 6.6 out of 10 as the happiest destination for retirement.  To retire in Melbourne will require about R3.8 million in retirement savings.

Rio de Janeiro is now in second place with an overall score of 6.6, a score of 6.4 on the happiness index and a retirement savings requirement of $78,000 (R1.19 million). Helsinki, Sydney and Dubai complete the top five positions on this list.

A more affordable destination is Prague in the Czech Republic. Requiring $155,000 (R 2.3 million) in retirement savings, the city scores 6.9 out of 10 on the happiness index and 6.4 out of 10 overall.