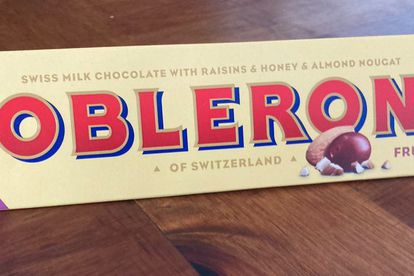 Toblerone will have to drop “of Switzerland” from its packaging as the world-famous mountain-shaped chocolate will no longer be exclusively produced in its home country from 2023.

Established in 1908 in the Tobler family factory, the instantly-recognisable triangular chocolate is produced exclusively in Bern, the Alpine nation’s capital.

But the brand’s owner, US food giant Mondelez International, said Toblerone will open a new production line in Slovakia by the end of 2023 “to respond to the growing demand”.

The move proved hard to swallow for some in Switzerland, unhappy to see a cherished national icon going abroad — especially one which features the famous pyramid-shaped Matterhorn mountain on its packaging and the bear of Bern, symbol of the city.

Mondelez International told AFP in an emailed statement that it was continuing to invest in the Bern plant, “the homeland of Toblerone”.

“Bern is an important part of our history and will continue to be so in the future,”

The launch of a production line in Slovakia, where Mondelez also produces Milka and Suchard chocolates, “will unlock significant capacity” at the Bern site, which will eventually allow it to “manufacture millions of additional bars,” Mondelez said.

But the new plant in Bratislava means they will have to change the labelling.

“For legal reasons, the changes we are bringing to our production require us to adjust our packaging to comply with Swiss law, in particular to remove the word ‘Switzerland’ from the front of the packaging,”

They are ubiquitous at airport duty-free shops around the world, where one bar is sold every two seconds, according to Mondelez.

“For the export, I would not assume that this plays a role, at least for its current customers,”

“Some like Toblerone for its taste, some for its form, some for its packaging — and some as it is Swiss. This may have an impact, but I assume this impact will be fairly small and not long-lasting.”

The name is a play on words from Tobler and “torrone” — the Italian name for honey-almond nougat.