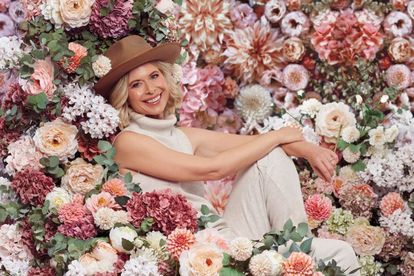 The Platvlei Fruit Farm in Breede River Valley, Wolseley, welcomes thousands of visitors every year to the blossoming flower fields at Adene’s Farm Flowers. In 2016, Adene Niewoudt began her flower farming journey and today, her flowers are sold around the country and more recently, across the globe.

ALSO READ: Inspiration to many: DJ Zinhle’s Women’s Month message is everything!

Growing up in Paarl, Western Cape, Adene Niewoudt grew up as an energetic and determined child who always dreamed of being a businessperson. As a young girl, Niewoudt pictured herself in a power suit with a briefcase.

Niewoudt began her career as a fashion buyer before moving to a farm with her partner. She then transitioned into wedding photography and was tasked with capturing special moments at more than 400 weddings.

During this time, she formed a relationship with several florists and discovered that many of the flowers used at weddings and events were not grown locally and were imported at high costs. This sparked her interest in flower farming.

THE BEGINNING OF A BLOOMING BUSINESS

Niewoudt began her flowing farming journey by planting a patch of flowers in her backyard and when they were matured, she styled and photographed them for Facebook.

“They sold out in 10 minutes and I quickly realised there was a market for scarce flowers that you see on Pinterest but could not get locally,” she said.

Today, Adene’s Farm Flowers encompasses six hectares of flowers with more than 200 different varieties of flowers. She hopes to grow her business even further over the next three years.

Niewoudt says being a woman in a male-dominated industry is difficult but she has learnt to stand out from the crowd. She has also collaborated with Mr Price Home to create a custom range of homeware in celebration of Women’s Month.

“The inspiration behind this range was definitely my favourite flower, the dahlia,” Nieuwoudt says, “We used the dahlias and other flowers from our farm to create a beautiful, romantic and feminine flat lay, which was used on the products,” she explained.