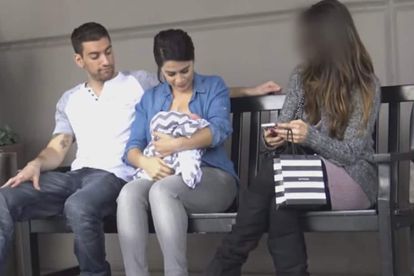 Breastfeeding in public has become a very controversial subject, leaving a lot of mothers angry for being ostracised for doing what comes naturally?

Actress Olivia Wilde also experienced a viral backlash over a photograph in Glamour Magazine where she is seen breastfeeding her baby. She told Huffington Post that she was shocked to see that there’s still people who find it inappropriate because they think it’s a sexual thing. The controversy is just an afterthought for Wilde now who would rather celebrate the positive effect the photo created for breastfeeding mothers out there.

Other celebrities such as Alyssa Milano also defended public breastfeeding saying it shouldn’t be a problem, but many still don’t agree.

JoeySalads did a social experiment on the subject for us to see how people react to mothers publicly nursing their babies. Check it out:

So, public breastfeeding – Okay or not okay? Have your say.