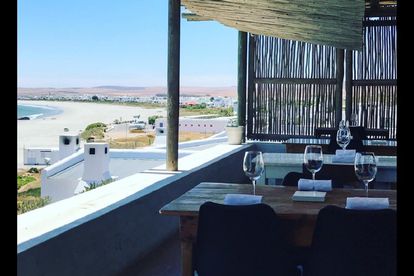 Size really does not matter when it comes to choosing the world’s restaurant of the year – an accolade which is coming to South Africa after the West Coast’s Wolfgat outshone the competition at the Paris-based award ceremony on Monday evening.

Two hours north of Cape Town in the small seaside hamlet of Paternoster, Wolfgat attracts tourists and locals alike for its daring combinations and ground-breaking take on the fine-dining scene. Visitors are blessed with views of golden sands and a calm, rippling Atlantic Ocean – this is an eatery that blesses all the senses.

Head Chef Kobus van der Merwe was in attendance at the inaugural World Restaurant Awards. He gratefully scooped the prize, which was handed to him by presenter and fellow South African Lorna Maseko. He was over the moon with the acknowledgement and thanked all his hard-working staff for their contributions.

Wolfgat factfile: What you need to know

Cost: Things are little more affordable here than at other fine-dining restaurants: It’s R850 per person for a seven-course lunch and dinner tasting menu.

Best for: An escape from the city in many ways: Wolfgat is 145km away from Cape Town, and its food is a return to traditional, old-fashioned flavours that remind us all of while enforcing a modern twist.

What Eat Out had to say

Seth Shezi reviewed the establishment back in August 2018. If you think we’ve been waxing lyrical about Wolfgat, wait until you hear what he has to say: The restaurateur praised them for the “unimpeded views” and labelled van der Merwe’s menu as “pioneering”:

“Just two hours away from Cape Town lies the alluring yet rugged West Coast and its shining jewel is the quaint town of Paternoster. The intimate 24-seater cottage enjoys unimpeded views of the gently cresting surf.”

“It is here where chef Kobus van der Merwe beguiles diners with his artful creations, using hyper-local produce that put him on the map as the pioneer and reviver of the Strandveld philosophy of cooking.”

If you have been blown away by what you’ve seen, you don’t have to live in fantasy. You can make your dreams a reality by making a booking with the restaurant via the following methods: