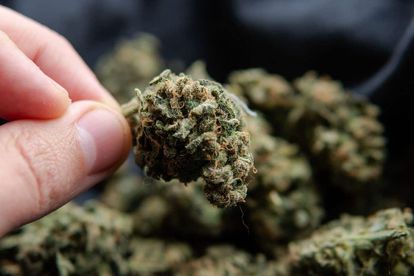 The phrase “Happy 420” has been trending on Twitter ever since the clock struck midnight on 20 April. The date essentially translates to the 20th day of the fourth month which is 420. What is 420 you ask? It’s basically slang for dagga consumption.

As people across the world light up on Monday, we’d like to know what the current dagga laws in South Africa stipulate and if and when they will be legalised.

What are SA’s current laws on dagga and 420?

At the moment, the dagga laws in South Africa are a bit muddied, which means the celebration of 420 is too, however, we’re sure that hasn’t stopped clouds of smoke in many apartments.

In September 2018, the Constitutional Court ruled that it is not a criminal offence for an adult citizen to use, possess or grow cannabis in private for personal consumption. The court gave parliament 24 months from the date of the judgment to bring the ruling in line with South African laws.

The problem is that “private use” or 420 time was not really defined — leaving this to the discretion of law enforcement — police, prosecutors and the courts.

“If having heard what the person has to say, the police officer thinks that the explanation is not satisfactory, he or she may arrest the person. Ultimately, it will be the court that will decide whether the person possessed the cannabis for personal consumption,” he added.

You heard it. If the person’s explanation is not “satisfactory,” 420 could be cancelled real quick. Hence why the partial legalisation can come across as a bit confusing.

The sale and purchase of marijuana is still illegal in South Africa, and any resident or visitor found participating in these activities can face harsh penalties. This means you basically have to grow your own plant at home and smoke it. This also means dagga hasn’t been fully legalised.

Will the government legalise dagga in September?

So, 24 months from the court ruling in September 2018 works out to September 2020 — in other words, that’s the deadline for the potential legalisation of dagga and the fully-fledged celebration of 420.

Come September, government has to decide on the quantity of usage — how much is too much — and whether dagga use will remain limited to private use, without sale and purchase methods in place.

The question is, will it be legalised five months from now?

Well, we can never be sure what will be decided in the next few months but it does seem as though we have one minister on our side.

Finance Minister Tito Mboweni became the talk of the town when he posted bushes of 420 dagga growing on his farm. He even called for police to arrest him if need be.

“Arrest me then! It’s growing on my farm,” he said.

Mboweni has definitely been an advocate for the legalisation of dagga in South Africa. The question remains, will his influence be enough to change the course of dagga laws in South Africa?