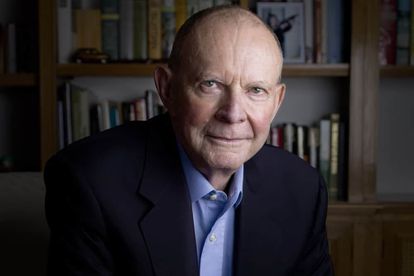 If, however, you have never read one of Wilbur Smith’s novels, try On Leopard Rock, his latest book, an autobiography that tells his own story. It takes you on a tour of his life and all his novels and reads like a really racy novel to boot.

Why, I ask him, did he feel, at 85 years old, prompted to commit his life to paper?

“In 2011 I was invited to the Massenzio Festival in Rome,” he explains. “I was asked to give a lecture in front of thousands of Italian readers in the shadows of the Coliseum where I told the story of my father and how he saved my family from man-eating lions who attacked our safari camp one night.

“My father taught me about life, about being a man, about all living things, like animals, birds, vegetation and nature. What I have learned from my father became the origins of my own adventures. At the end of the speech, I said: ‘One day I will write about my father’.

“And who doesn’t want to read about an eight-year-old boy saved by three man-eating lions by his father in the dark of the African bush?”

The result, On Leopard Rock, is an autobiography about his father, his mother, and himself.

“It wasn’t that different from writing a novel,” Smith continues. “But I’ve always been reluctant to write about my own life because my novels are a reflection of the adventures that I’ve lived and the research I’ve conducted for my fiction. I was surprised so many of my fans wanted to hear the stories behind my stories. Once I got into the swing of it, it was great fun retracing my steps and sharing those journeys with them.”

Wilbur Smith was born in Broken Hill, (then) Northern Rhodesia, on his father’s 25,000-acre cattle ranch. He lived a half-feral childhood and grew to have a visceral thrill of pitting himself against the world. His youthful years sound just like his novels – action-packed, exciting, vivid.

“I’ve lucked into things continuously,” he says. “It was a life of adventures.”

After they’d moved to Kloof, outside Durban, he spent some ‘ghastly days’ at Michaelhouse school and then Rhodes University in Grahamstown where he graduated with a degree in accountancy; the first job with Goodyear Tyres in Port Elizabeth.

He became a full-time writer in 1964 after the success of When the Lion Feeds and went on to travel the world and have face-to-face encounters in the wild with lions, deadly sharks, Alaskan grizzly bears and more fearful. There were also lots of adventures with the famous and the fabulous which he covers in the book as well. (Example: During the filming of one of his books he had vodka-fueled adventures with actor Lee Marvin!)

He says he’ll not write another novel but that seems somehow unlikely.

He and his wife, Niso, an attractive woman from Tajikistan, former USSR, who he met outside W H Smith in Sloane Sq in 2000, now live mainly in London.

They have a trust, W & N Smith Foundation, created to empower writers and promote literacy. The foundation’s flagship programme is the Wilbur Smith Adventure Writing Prize.

I wonder what, according to him, is the secret of good writing.

“Tenacity,’ is the immediate response. “I write for three days, realise it’s all nonsense, then have to go back and rewrite it.”

On Leopard Rock is out on May 17th, published by Zaffre. 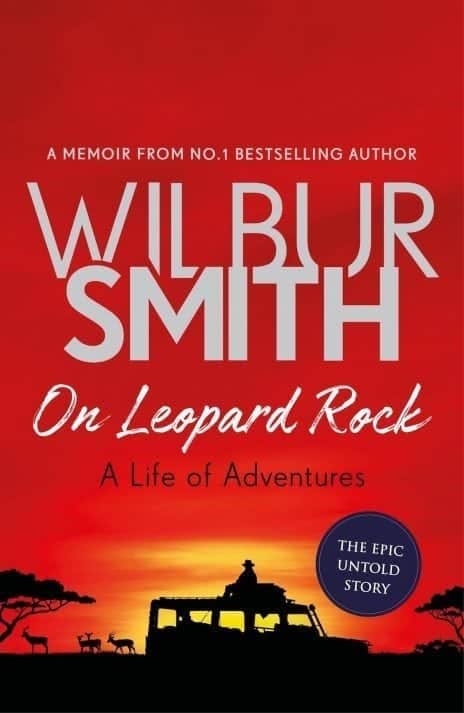