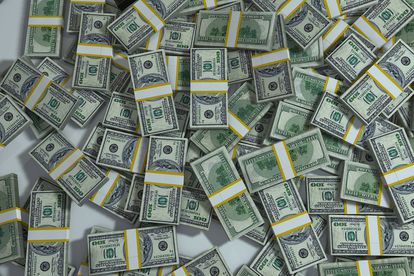 A video of a woman giving her opinion on why some South African women prefer dating Nigerian men has caused a stir. Image: Pixabay

A video of a woman giving her opinion on why some South African women prefer dating Nigerian men has caused a stir. Image: Pixabay

Tragic pick-me energy or low-key facts? A South African woman has caused a stir on the socials after speaking openly on a podcast about why she thinks Nigerian men are preferred in SA.

The woman was speaking on a podcast called Frankly Speaking which was posted on 13 October 2022. Clips of the interview have since gone viral, with people questioning whether her opinions matched that of many women or whether it’s just promoting a cringey stereotype?

‘In SA…we love our Nigerian men’

This woman suggests that Nigerian men are more willing to give women money. She also suggests they are more emotionally available.

” In SA…we love our Nigerian men,” says the woman. The reason why we love Nigerian men is the way they treat us compared to our own South African guys. A Nigerian man will always make sure that you’re good. He will go out of his way to make sure that you are fine. Whatever I need. For instance, if I say babe…I need like R500 000 won’t even complain. If he is the correct guy and he has the money, he won’t even think twice about (giving you the money”).

While clips of the podcast were initially shared on TikTok they blew up on Facebook.

Many of the comments were from South African men and women who were offended by the remarks.

“She does not speak for us,” one Facebook user commented.

…to South African men who say she represents a larger problem of materialism in dating.

This podcast has revived existing stereotypes about foreign men in South Africa, some of the seemingly innocuous and some rather harmful.

Although the discussion was primarily about “foreign men are more romantic and are wealthy” is closely associated with less pleasant stereotypes that suggest these men are wealthy through illicit means.

A 2012 academic review by Migration SA, criticises the South African media for allowing these associations of Nigerian men with criminal activities to obfuscate the rich cultural diversity that comes with the presence of Nigerian nationals in South Africa.