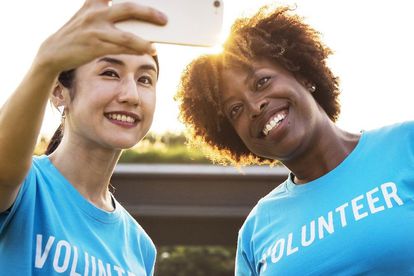 This is an understandable misconception because while the purpose of charitable giving is primarily to alleviate the suffering caused by social problems; philanthropy works mainly to address and reverse the cause of that suffering.

“Such philanthropy is important for the sustainable well-being of all South Africans. Individuals and businesses seek to elevate their giving beyond mere charity and, instead, leverage their financial resources to help eliminate social problems and environmental challenges,” says Prince Siluma, Head of FNB Philanthropy.

How does corporate South Africa fare in this regard?

“Despite tougher trading conditions in almost every sector of the economy, corporate South Africa continues to demonstrate its commitment to social transformation through corporate social investment (CSI). The growth of philanthropy by individuals and corporates has gained momentum in the past few years.

It is a fundamental component of an effectively functioning democratic society and exists to facilitate transformative giving by South Africans who have a desire to leverage their resources; and in many cases their skills that will contribute to a positive impact on individuals, communities and the environment.”

According to the 2017 Trialogue CSI Hand Book, it is reported that the total CSI expenditure in South Africa was estimated to be R9.1 billion in 2017, significantly up from R8.6 billion in 2016.

Trialogue has observed that CSI has become more strategic. The report indicated that the CSI expenditure has mostly benefitted the education sector, which continues to receive the most support with over 91% of companies supporting the sector in 2017.

“The desire of many individuals and organisations to give often fails to translate into effective philanthropic action, mainly because of a lack of access to effective ways of channelling, and monitoring the impact of that giving,” says Siluma.

Like most true philanthropists, customers are not interested in giving merely for the sake of giving, or for the emotional benefits that it achieves. Nor do they merely give to benefit from the tax benefits associated with such giving.

“People have a sincere desire to give to effect sustainable social change and the betterment of society. And they recognise that, when undertaken effectively, such giving not only benefits the less privileged; it creates a virtuous circle in which all of society is eventually uplifted thanks to sustained socio-economic change,” says Siluma.

Philanthropic intentions are often thwarted by concerns about whether the funds people donate would achieve the outcomes for which they were intended.

“There needs to be passion for social transformation. And we live that passion by enabling individuals to practice true philanthropy that achieves maximum social development impact which creates the means for effective delivery on what is identified as a key social purpose, and in doing so will help build an equitable, inclusive, equal opportunity society that all South Africans desire,” concludes Siluma.

The Whale: Representation of the fat queer male body on screen

‘I miss everything about him’: Bianca Naidoo on life without Riky