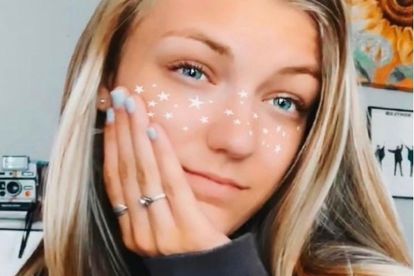 The world has kept its eye on several true crime stories over the years. These include the disappearance of the young British girl Madelaine McCann, and the murders committed by Electus per Deus in Krugersdorp, Gauteng, between 2012 and 2016.

The disappearance and death of Gabby Petito has made headlines recently…and the question is, why do these true crime stories intrigue us so?

22-year-old Gabby Petito and her boyfriend 23-year-old Brandon Laundrie left New York on 4 July for a four-month cross-country trip. The 22-year-old YouTuber and Laundrie documented their travels on their Instagram and YouTube pages.

On 15 September, Brandon Laundrie was officially named a person of interest but on 17 September he mysteriously disappeared. Gabby’s body was found on 19 September near Grand Teton National Park in Wyoming.

Statistics show that since Gabby’s story hit the media, thousands of people around the world have shown interest in the case. Gabby’s Instagram account has gained over one million followers and a subreddit titled r/GabbyPetito that is following the case has gained over 100 000 followers.

Several TikTokers have attempted to solve Gabby’s case themselves and many have been giving day-by-day updates on the case. #Gabbypetito on TikTok has over one billion views.

True crime: ‘All the basics of good storytelling’

McKenna Pricing says people are interested in true crime stories because it has all the basics of good storytelling.

“Interesting characters, a sense of urgency, tension that is (in most cases) released when the mystery is solved at the end. The genre also has another selling point: catharsis.”

A 2010 study done at the Unversity of Illinois Urbana-Champaign in the United States found that women are more drawn to true crime stories than men.

Researchers who conducted the study suspect this is because true crime stories provide women more information about how to escape or avoid a potential attacker.

University of Illinois psychology professor R Chris Farely noted that men are more likely to commit violent crimes and they are also likely to be the victims of violent crimes.

“These basic observations are extremely surprising to us. Why are women more drawn to the true-crime genre than men are.”

WHY IS THE WORLD ‘HARD-WIRED’ FOR TRUE CRIME STORIES?

Professor of Advertising and Public Relations at the University of Nebraska-Lincoln, Kelli Boling says there are a lot of reasons why people are drawn to Gabby Petito’s case.

Now that the facts are out of the way, here are some true crime stories to watch that will have you on the edge of your seat.

Devilsdorp is Showmax’s first original true crime series. The four-part series takes the audience through a horrifying journey about a group of people who named themselves Electus Per Deus.

The group was responsible for 11 murders between 2012 and 2016 in the Krugersdorp area. The brain behind Electus Per Deus is Cecila Steyn who claimed to be a “42nd generational witch”.

When Cyntoia Brown was 16 years old when she killed a man after he paid her $150 (R2 263) for sex. She shot him while they were in bed and told the police she acted in self-defence.

She was sentenced to life imprisonment and would only be eligible for parole 51 years into her sentence. Her case received attention from celebrities and advocates and she was released in August 2019.