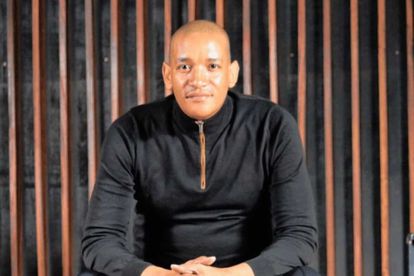 Vukani Masinga, popularly known as Chilli M, was rushed to a Johannesburg hospital where he died of natural causes, three people have confirmed.

Kaya FM radio presenters Thabo Mokwele and Macfarlane Moleli confirmed the news of Chilli’s M’s passing on their Twitter accounts while Isaac Sithole, a close friend of the experienced radio presenter, said he would be buried next week Saturday 11 January.

Chilli M started off his radio career at YFM where he quickly built a name for himself as an entertaining shock jock. Together with fashion entrepreneur and reality TV actress Dineo Ranaka, the pair hosted the Essential Rush breakfast show.

He also co-produced the smash hit Amerido with DJ Tira. The two later fell out, with Chilli M stating that he felt used by Tira as the Afrotainment record label owner had cut contact with him after the song’s musical success.

Chilli M then went on to join Metro FM and Ukhozi FM where he was fired for taking a bribe to playlist a song in 2016. At the time, he said his frustration and grief over losing his daughter Nkanyezi in a car accident in 2015, led to him accepting the bribe.

In an interview with DJ and Podcast and Chill founder Mac G, Chilli M said he had struggled with drug and alcohol addiction for years. He admitted that he had been fired from several jobs because of his addiction to drugs and was trying to get his life in order so that he could find work again.

On Twitter, news of his passing was met with shock. Mokwele, who worked with Chilli M at YFM, sent his condolences while Moleli, who was a sports presenter on Chilli M’s show, said he was devastated by the news.

Generations actress Candice Modiselle wrote that he was worthy of being celebrated.

“Your wisdom, heart, mind and filterless mouth are only a few things we loved about you. Thank you for your continuous selfless gift to broadcasting, for showing me the ropes, for the laughs and the overflow of love,” she said.

More tributes have been pouring in from fans who have honoured the radio broadcaster for breaking the mould and unapologetically displaying his entertaining personality on air.