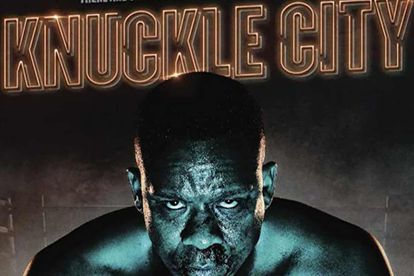 Every year, South Africa has the challenging task of submitting a local movie for the International Feature Film category at the Oscars. The 2020 submission was Knuckle City which is about Dudu Nyakama, a down and out ageing boxer who struggles to attain the one fight that he believes will uplift his fractured family.

It had the support of government and the National Film and Video Foundation (NFVF).

When he announced the Oscar selection in September 2019, NVFV CEO, Makhosazana Khanyile shared why he thought it was a worthy contender.

“The film is as hard-hitting as its title suggests,” he said. “It’s quintessentially South African but also a very universal tale and touches on so many themes making it dark and relatable all at once.”

The film had its international premiere in the Contemporary World Cinema section at the 2019 Toronto Film Festival. Here is the trailer flighted there:

Even though Knuckle City didn’t make it the Oscars finalists stage, it has garnered recognition and other awards.

Lead actor Bongile Mantsai won the best actor prize for his portrayal of Dudu at South Africa’s Durban International Film Festival (DIFF) where the movie opened the 40th edition of the event.

In an interview with Channel24, Mantsai shared what viewers can expect from the film.

“With this movie, it has different elements, but people will always focus on one aspect of the movie. There’s love in this movie, there’s passion, there’s sport, there’s community, there’s family. In every aspect of it, there are challenges.”

His belief is that even though the film has tragic and dark moments, it does create opportunities for conversations and lessons to be learnt from Nyakama’s journey.