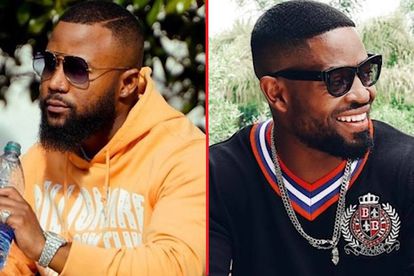 Two of the biggest musicians in South Africa are set to drop their microphones and pick up a pair of boxing gloves, as Cassper Nyovest and Prince Kaybee prepare to take their online duels into the ring. The duo have got beef that goes WAY back, and through the medium of Twitter, both have agreed to settle the bad blood in dramatic, sporting fashion.

As it stands, we are in the early stages of this fight becoming a reality. However, what we do have is two VERY willing participants – and that’s always a good place to start. Nyovest was fishing for opponents last night, stating that the lure of ‘celebrity boxing’ is something that genuinely appeals to him. Sure enough, he moved to call-out Kaybee…

I been tweeting about #CelebrityBoxing since last night and the fights people would want to see. A lot of people are saying me and Princess Kaybee. I know he likes talking big shit but I don't think he has the guts to get in the ring with me. If he is game, im definitely game.

After floating the idea online, Cassper Nyovest received an… enthusiastic… response from Prince Kaybee, who was champing at the bit to have a scrap with the senior artist. The trash talk has started already, and it’s glorious…

“I HAVE BEEN WANTING TO F*** YOU UP, like kgale keo kgalla hlem. Thank God! FINALLY that [motherf***er wants to fight, I’m so happy dawg. I don’t even want money, in fact I’m gonna donate all that stash. All I want is that short MF. I hope and pray to GOD this is not another PR STUNT, so help me God. Enough talking, see you in the ring…”

Cassper Nyovest gets into fighting talk

Of course, the last word had to be left to Cassper. He let his future opponent know the verbose response had been seen – and confirmed that negotiations to finalise a time and a place would come soon. Indeed, both seem ready to rumble:

Let's goooooooooo!!!!!! I know you been wanting my attention, you have it now.. Let's pick a date and run it!!! My people will call yours and we pick a date. https://t.co/lL9z05fBiD