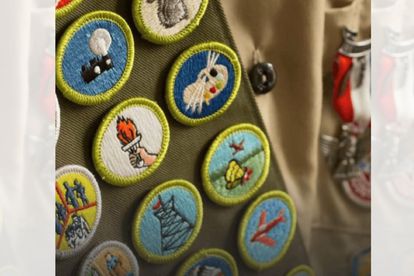 There are more than 135 merit badges in the Boy Scouts. Image: Scouting.org

There are more than 135 merit badges in the Boy Scouts. Image: Scouting.org

A 12-year-old Boy Scout in Hawaii takes the voluntary educational movement’s motto “be prepared” very seriously and used his knowledge to help rescue a couple and their injured dog on a trail.

According to CNN, in August 2021, David King was on the way back from a 24km hike near his home in Kailua with his mom, Christine, trying to earn his Hiking merit badge when they came across a couple, lost on the trail and trying to aid their dog Smokey.

“We encountered them with about two to three miles left in the hike,” David told CNN. “It wasn’t obvious (that something was wrong), but then the dog was on the ground, and we asked if they needed anything and they said yes.”

The couple had run out of water and their phones were dead, plus Smokey’s paws had been cut up from the trail and he couldn’t walk. The couple tried to carry him but the pit bull weighed too much.

Christine said the couple was in danger of being stuck on the trail in the dark, so they worked together to get everyone out.

Tapping into your Boy Scout skills

That’s when David tapped into his Boy Scout skills to save the day and created a stretcher to carry the dog, a skill he learned from his brother while getting his First Aid merit badge.

“So we got a big tree branch that had fallen recently and snapped it in half, then we put on shirts,” he said. “It took us a couple of tries because the dog didn’t really want to go on.”

“To help someone using my Boy Scout skills makes me feel accomplished because it shows I’ve learned something and it wasn’t all in one ear and out the other,” David said.

The pair followed up with the couple and Smokey, who fully recovered after the ordeal.

However, Christine said in a worst-case scenario it is very likely if they would not have passed the couple, they probably would have had to call for a rescue, something very common on the trails in Hawaii.

“Our hikes are a little tricky, you could be on an “easy” hike and all of a sudden you’re on a ridge,” she said.

The basic 10 essentials when going on a hike

David later said that people should have what the Boy Scouts call the basic 10 essentials when going on a hike. This includes: