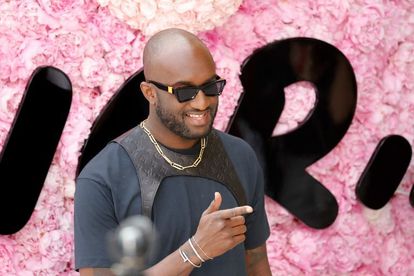 This is the first time the house of Louis Vuitton or any European luxury fashion brand has taken in a black head of design, let alone a creative with a background in urban streetwear fashion. As shocking as it was when the news was announced, the world of fashion accepted this graciously – this is Virgil after all. So, what have we learned from his debut fashion show?

It is no secret that luxury fashion houses have been openly biased about who they appoint to work on their brand. The race issue is something that has been debated for many years but this appointment was not preempted by anything of that sort, just merit.

Virgil’s in-house Nike-OffWhite cosign catapulted him in the fashion industry and it was only a matter of time before one of the big houses scooped him. Louis Vuitton took the stride and did what Virgil is best known for, going against the grain.

The fashion editor’s role is obsolete

It was usually the fashion editor’s responsibility to identify the next ‘big thing’ in the industry. Designers worked towards getting this recognition before they were recruited by luxury fashion houses. Virgil came and dismantled that whole set up. His celebrity alone comes with a value that’s not matched by many of his peers.

With a global cult following that moved him from urban to luxury fashion, it is clear that this marriage between him and Louis Vuitton is mostly beneficial for the fashion brand. In essence, Virgil does not need Louis Vuitton, Louis Vuitton needs Virgil.

Minimalism is the new cool

Drawing from the concept of prisms and how they reflect and transform with primary colours, Virgil’s showcase introduced a new freshness in the brand’s menswear line. The simple finishings on the range were met with positive reviews and sparked debates on the necessity of complex designs in fashion.

There was no cuter moment in runway history than seeing an emotional Kanye hugging his protege at the end of the show, drenched in happy tears. We know for a fact that Virgil is still holding his cards close to his chest and will be revealing a lot of compelling stuff in the future. We are here for it.