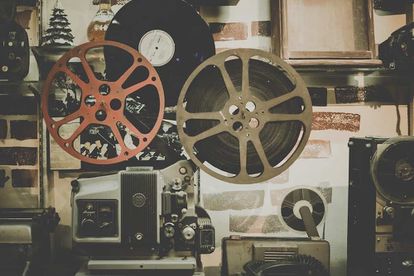 The Wound has the traditional rite of passage, the circumcision ritual, as background for this powerful exploration of masculinity in the Eastern Cape. Director John Trengove worked with a cast of exclusively Xhosa men, many of whom are non-actors. Visually breath-taking.

Five Fingers for Marseilles is a Western-inspired drama that builds towards a climactic High Noon-style showdown. Also set in the Eastern Cape, about a small community who live on the outskirts of the remote town of Marseilles. Directed by Michael Matthews.

Up for the Short Film Award is Robot & Scarecrow, a modern fairy-tale about love, starring Jack O’Connell and Holiday Grainger. Kibwe Tavares directs.

From Zambia comes I Am Not A Witch, an audacious, satirical fairy-tale about a girl’s choice of joining a travelling witch camp or becoming a goat and directed by Rungano Nyoni, and from Swaziland comes Liyana, a documentary and animated fiction hybrid about five children from a self-sustaining agricultural orphanage who tell a tale-within-a-tale. Directed by Aaron and Amanda Kopp.

The festival runs from 4th to 15th October and opens with Andy Serkis‘ Breathe starring Andrew Garfield and Claire Foy, a compelling love story about a witty and determined couple in a difficult place in life. Martin McDonagh’s Three Billboards Outside Ebbing, Missouri, a black and audacious comedy starring a tough-as-all-hell Frances McDormand and Woody Harrelson, will close the festival.

Expect many more films and watch many stars sashaying down on the thick pile of the Red Carpet in borrowed jewels and designer outfits in this 12-day bonanza. It’s all about trying to squeeze in another screening between dawn and dusk. It’s a real thrill even if you are left square-eyed and senseless.