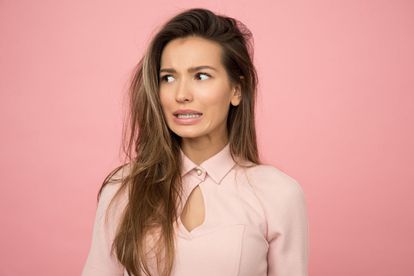 Pink Tax – the broad tendency for products marketed specifically toward women to be more expensive than those marketed for men – is getting more and more attention.

According to Psychology Today, it is just one example of value-based pricing and price discrimination that are the cornerstones of effective pricing strategy.

Pricing experts also argue that men and women differ in how much they value personal-care products – and women are willing to pay more.

“[Therefore, they should be charged a higher price. What’s more, sellers provide superficial product variations to justify the price differences. For instance, the women’s razor may be pink (versus blue for men), and deodorant may have a different fragrance. The packaging will also be different. The pricing argument is that this makes the products distinctive and more attractive to women. Hence the higher price.”

Code for Africa, a gender pay gap tool based on the World Economic Forum’s 2017 Gender Gap Report, found that South African men earn about R6 607.25 more than women monthly. The research pins multiple factors behind this, including the fact that women tend to work in industries with lower average pay and have commitments like childcare.

“Add to this the fact that women generally have to pay more than men for basic monthly necessities and one begins to perceive the full spectrum of challenges to women achieving financial independence,” said Danelle van Heerde, head of advice processes at Sanlam Personal Finance.

In 2018, Sanlam commissioned a survey in order to delve more deeply into pink tax in SA and found that men and women believe there are things that they spend money on that the other gender doesn’t have to. Significantly more women agreed with the statement: 87% of women vs. 59% of men.

Meanwhile, City Press also decided to do its own cursory shelf comparison (in-store and online) to see if pink tax is a reality. There were mixed results as not all products were priced differently, but their own basket of goods still showed that women would pay R684 more.

Utpal Dholakia writes that all of this ultimately leaves a bitter taste in his mouth because the argument is flawed.

“There is something inherently unfair about using a broad brush-stroke categorisation to systematically charge one large group of humans more money.”

Dholakia says that the underlying premise of the pink tax on personal care products is exploitative:

“’Women are more concerned about personal care, so they’ll be willing to pay more’. It sounds just like the logic behind the gender wage gap: ‘Women are willing to work for a lower salary than men, so pay them less’. These are lazy, clumsy generalisations.”

In the United States, various ambassadors have tried to put an end to pink tax – or “tampon tax” as some like to refer – especially amid the ongoing pandemic.

“We don’t need to balance the budget on half of the population that has a uterus,” said Assembly member Cristina Garcia, who has for years sought an end to the pink tax imposed on diapers and menstrual products.

What’s more, the so-called pink tax exemption bill, which would establish a state sales tax exemption on feminine hygiene products and diapers, passed the Louisiana House in the US on Tuesday, 8 June and was ordered to the Senate for consideration.