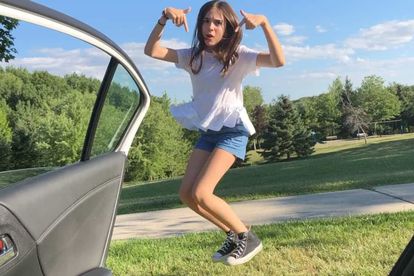 If you’ve been a regular on social media in the last two months or so, it’s likely that you’ve seen numerous videos featuring a person jumping out of a slow-moving vehicle and dancing, while Drake’s smash hit, In My Feelings plays in the background.

The new dance craze – dubbed the #InMyFeelingsChallenge – has taken over the internet, with local and international celebs taking part in it but, as IOL reports, the Department of Transport has condemned it and plans to clamp down on it.

Transport spokesperson Kwanele Ncalane warned drivers that they face the risk of meeting the full might of the law if they are caught participating in the challenge, which he likened to drag racing.

“We condemn this in the strongest possible terms. The same manner in which we are clamping down on drag racers, we will address this new trend.”

It’s not only the government which has condemned the #InMyFeelingsChallenge, as MasterDrive, an Advanced Driver Training company has also warned about the dangers of this challenge.

“Use of a car in such a dangerous manner is alarming,” MasterDrive managing director Eugene Herbert is quoted by IOL.

“Exiting a moving car and moving alongside it while still moving can result in very serious injuries and even death, if it has not already. In one of the more serious instances, a young man is hit by an oncoming car while dancing next to a car. Another was thrown off a bridge when oncoming traffic collided with him.”

US comedian Shiggy started the dance challenge which initially featured no jumping out of a moving car but, as other stars such as NFL star Odell Beckham began to get in on it, it started gradually building up from dancing next to a stationary vehicle to the potentially dangerous element.

of COURSE i had to hop on the bandwagon w/ this one. ????#InMyFeelingsChallenge pic.twitter.com/5mqCmHMYfx

There’s no limit, it seems…