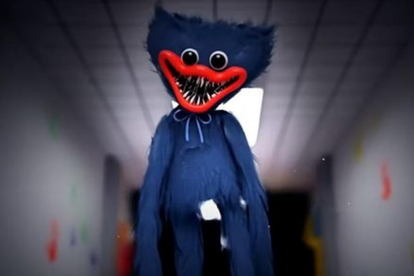 Ever heard of Huggy Wuggy? If you are a parent you should have. If only to get a bit of work done, many parents let their kids indulge in screen time. With the correct parental controls in place, a bit of YouTube seems quite harmless, or does it?

Just like Facebook, the video streaming service relies on algorithms and auto-play to predict what viewers would like to see next. It can however take unsuspecting children and their parents down a dark and somewhat scary path.

ALSO READ: Keeping the kids entertained: 10 series and films for the holidays [watch]

The character is from the 2021 horror video game Poppy Playtime and it is causing havoc on the internet.

Huggy Wuggy is showing up where it shouldn’t, even bypassing YouTube’s parental controls.

Yes, the horror character could pop up in a “fan” episode of the wildly popular kid-friendly series Peppa Pig and scare the daylights out of kids and parents alike.

KEEP AN EYE OUT FOR THE SCARY CHARACTER

As part of a Peppa Pig video:

Newsweek reports that the Poppy Playtime video game is a horror survival game and created by MOB Games. Huggy Wuggy is one of the main villains and appears as a furry blue monster with razor sharp teeth.

According to the report, a Dorset Police spokesperson described the character as a “blue bear-like character” with “long arms and rows of razor sharp teeth”.

“Set in an abandoned toy factory, Huggy is a villain in the game who stalks the players from vents and unreachable places. Videos of the game are available to watch on YouTube, with other clips dedicated to Huggy in songs.

“One song includes the lyrics ‘I could hug you here forever, till you breathe your last breath together,'” the spokesperson said.

Melissa Bykofsky, the United States-based editorial director of Parents.com, has advised parents to be vigilant. Take a look at the interview:

Police, schools, and other concerned parties are warning parents to watch out for the fluffy blue monster.