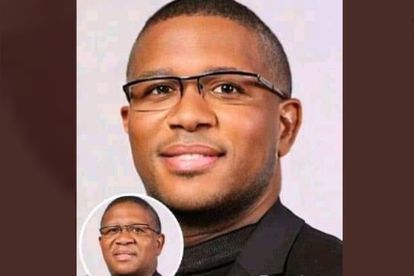 Transport Minister Fikile Mbalula has given himself a ‘makeover’ with FaceApp. Image via Twitter @MbalulaFikile

Transport Minister Fikile Mbalula has given himself a ‘makeover’ with FaceApp. Image via Twitter @MbalulaFikile

FaceApp has unofficially become the new go-to for digital enhancements and even some of our very own politicians, such as Transport Minister Fikile “Mr Fixit” Mbalula, has played around with the photo-editing app recently.

The popular app — developed by Russian tech geek Yaroslav Goncharov — has been downloaded more than 500 million times around the world. It was also rate the No 1 app in the Google Playstore and Apple’s App Store in 2019.

But the artificial intelligence-driven application has also been linked to a number of unsavoury features. Take a look…

With their age-defying, gender-swapping and over dozens of filters at your fingertips, FaceApp has become a popular and fun app to use…but just how safe is it?

According to reports, the FBI issued a warning in December 2019 against using the Russian developed app, which they called a “potential counterintelligence threat.”

There have been varying reports in the media – with some claiming the app stores your data and images, which it supposedly shares with Russian intelligence, whilst others claim that the FBI warning should be taken “with a pinch of salt”.

IT expert Ian Thornton-Trump told Forbes: “I feel like this is a political opportunity to stoke the narrative of ‘tech company in Russia is bad; tech company in US is good.’ It looks and smells like political pandering to an election base.”

FaceApp CEO Yaroslav Goncharov is adamant that the app does not share data with Russian authorities.

In it’s terms of service, FaceApp states that they have access – and essentially keep a copy – of any images users modify.

According to its privacy policy, FaceApp may collect: “photographs you provide when you use the app, via your camera or camera roll (if you have granted us permission to access your camera or camera roll), the in-App internet search functionality, or your social media account (if you choose to connect your social media account)”.

FaceApp claims to use an “artistic blend of advanced technology and usability”.

It also boasts about providing artificial intelligence filters, backgrounds, effects, and other tools to “turn portrait photos into magazine cover pictures in ONE TAP”.

But social media users are becoming increasingly concerned about the “damaging” effects of the human subconscious.

One tweep posted: “These apps are most likely to be causes of unrealistic beauty standards, facial & body dysmorphia, as well as other serious mental issues. FaceApp & the likes aid some folks to fixate on how they appear on these apps than in real life, this can be damaging.”

Another claimed the app “conforms” to “Western beauty standards”

“FaceApp completely erases your African features and promote Western features. It distort the reality of what you truly look like”, said the tweep.

Many South African tweeps have complained about using FaceApp and being debited a small fortune.

But the fine print does reveal that using FaceApp Pro’s exclusive service will set you back R499 per annum.