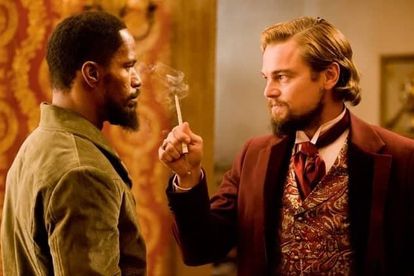 ‘The D is silent’

‘The D is silent’

Looking to do a bit of chilling and wondering what the best films on Netflix South Africa are? You’re in luck…

We’ve broke it down in five short categories, so the next time you’re in the mood for something you can’t quite put your finger on, we’ve got you covered...

Rated as IMDB’s ‘best ever’ film, The Shawshank Redemption is the cornerstone of all cinematic brilliance. It’s brutal, it’s heart-warming, and the story of two prisoners’ struggle to redeem themselves is wholly worth its lofty status.

Oozing with effortlessly cool style, Pulp Fiction blurs the lines of its genre, chronological events, and what constitutes ‘good and bad’. A wonderful film that can be as daft as it is genius, Pulp Fiction will never disappoint.

Due to rules regarding Fight Club, I don’t have permission to talk about this film.

(You should really know that reference by now. Fight Club is an insanely good flick and if you are unacquainted, stop what you’re doing now and go watch it.)

This ‘master and student’ narrative takes the genre down darker, more morality-starved avenues; J.K Simmons is the music teacher whose extreme methods push Miles Teller to learn the true cost of success.

Who doesn’t want to be Jamie Foxx? He masters the art of retribution in this ice-cold tale of a slave who wreaks revenge on his captors. Christopher Waltz, Leo Di Caprio, and Samuel L. Jackson also revel in the chaos of this Tarrantino epic.

Hitchcock’s finest hour? The taut suspense and utterly mindbending conclusion make this one of the greatest films ever made. This 55-year-old thriller trumps anything the modern market can envisage. Make sure you lock your bathroom doors, guys.

Kubrick’s masterpiece really has everything: Horror, drama, suspense, artistic craft, and the darkest of dark humour. This 70s fright-fest will entertain and jar you in equal measure. Make sure you have a pillow you can hide behind if you put this on.

The whole damn trilogy is there and you’d be a fool not to take a leap back to the 80s: There’s a charming innocence about the film in how it sees what the new millenium would be like, and it’s always fun to revisit the Doc and Marty.

Let’s start with the cast – We’re talking Carrell, Gosling, Stone, Bacon, and Julianne Moore. Centering around a divorced couple, they all put in wonderfully ranging performances in one of the most bittersweet comedies ever made.

A taboo-busting parody of Hollywood’s actors and their warped egos. Ben Stiller is incredibly funny in this pic about a blockbuster film cast left stranded in Vietnam.

Anything with Tom Hanks in guarantees you two things: Hearty laughter, and heartfelt drama. He’s at his best in the amusing drama based in an airport.

Directed by and starring Ben Affleck, the town really heralded an incredible turnaround in his career. This pulsating crime/romance drama is criminally overlooked.

An excellent comedy from the turn of the millennium. Young Paul Rudd and Bradley Cooper feature in the archetypal spoof teenage film.

Okay, so it’s not technically ‘underrated’ with its 88% Rotten Tomatoes rating. But when you see the awards it missed out on, it makes more sense.

This brutally-gritty drama based on true events draws unprecedented performances from both Steve Carrell and Channing Tatum. Foxcatcher was nominated for five Oscars, two Baftas, and three MTV Movie Awards. Somehow, it won none.