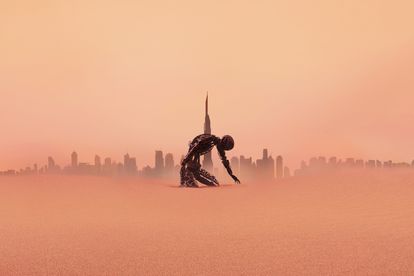 In season three of Westworld, the story moves beyond the park. This means new characters and a bigger world with more difficult questions about humanity and technology confront.

Westworld season 3: What you need to know

For the uninitiated, Westworld looks at the dawn of artificial consciousness in an amusement park populated by artificial intelligence (AI). Series co-creator Jonathan Nolan explains:

“It’s very different this season, the goal from the beginning was: Find the future. If you go out in the world, the future is there”.

Evan Rachel Wood, Thandie Newton and Ed Harris return as Dolores, Maeve and The Man in Black respectively along with Jeffrey Wright and Tessa Thompson.

The third season was shot mainly in Singapore. The crew took a lot of their inspiration in creating their future from the city itself. Co-creator Lisa Joy says:

“The streets look beautiful, gleaming. It really looks idyllic in a way and ordered. But as Dolores comes to understand the world, she realises that there is a darkness underlying that order.”

Joining the cast are a host of new talent including Golden Globe nominee Aaron Paul, as well as Emmy winner Lena Waithe from Ready Player One, Vincent Cassel from Ocean’s Twelve, Tommy Flanagan from Sons of Anarchy and NFL star Marshawn Lynch as a badass named Giggles.

The new season deals with significant and relevant real-world problems of data collection and the power that data grants companies. Wood explains that Dolores discovers that “serious data” was collected

“She learns about [a company] which has all the promises of this utopia and a way to really carve out your life for you”, he says. Of course who better than Dolores to question the Utopian world and problems that free will pose.

Paul adds that Lisa and Jonah pitched for a character named Caleb, and his “mind was blown”. Caleb is a criminal in a surveillance state that should be crime-free.

“Westworld is so ambitious, and they’re not afraid to take giant swings, and this season completely takes Westworld to an entirely different level.”

Speaking about Caleb, Joy says he “has nothing left to lose”, and adds that he “doesn’t value his life that much.” She explains:

“The one thing that doesn’t really stop is his capacity to feel for others. […] So when he finds Dolores, his programming insists that he save her.”

Westworld won seven Emmy Awards, including Thandie Newton’s win for best-supporting actress in 2018. The show has picked up a staggering 33 nominations in total.