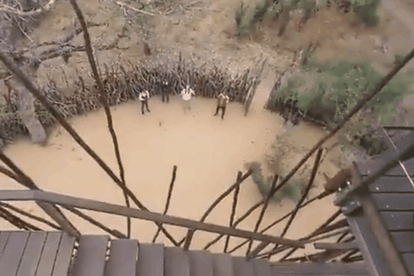 Celebrity personality Somizi has hit back at the Twitter community on Wednesday after he uploaded a video from his latest luxury getaway. Filming from a treetop camping spot, the Idols SA judge whipped his phone out for a quick ‘humble brag’.

However, humility turned out to be in short supply. Somizi waves down to people beneath him, looking up from the ground. He shouts ‘hello poor people’ to the group, while continuing to document his room for the evening. However, what Somizi saw as ‘innocuous’ has now ended up causing something of a stir online.

Somizi hits back at online critics

Swathes of followers took offence to the joke. Some users said the throwaway comment was ‘mean-spirited’, whereas others argued against the merits of materialistic wealth. Somizi, however, gave as good as he got on Wednesday. He fought back against the critics, explaining that the people he was shouting towards ‘were his friends’.

Unfortunately for the TV personality, context goes missing all too often on social media…

I hope u understand that this was directed at my friends down there as a joke they wud get….thanks

Are u in that video…are u one of my friends down there who are not offended by the joke….why are u personalizing this….heal pls….what and who ur has nothing to do with me

Another joke, another viral backlash…

It’s fair to say that 2020 has been an intriguing year for Somizi. He’s been good value for drama- but perhaps not always in the way he would have hoped. The entertainer landed himself in legal trouble when he joked that Minister Fikile Mbalula had given him insider information about lockdown – perhaps one-liners just aren’t his forte?

Just last week, he was accused of ‘intellectual property theft’ when his new cooking show hit the airwaves. It’s alleged that the Dinner With Somizi show had been pitched years ago, only to be reinvented by the production team.

Hopefully for the 47-year-old, there won’t be much phone signal in the forest. He’s best to let this one blow over…