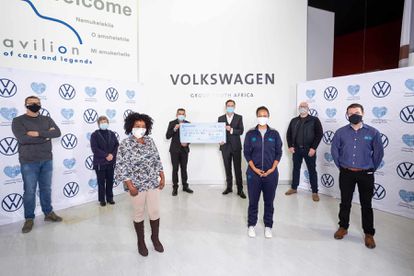 Volkswagen South Africa through its Community Trust handed out R340 000 in donations to a number of NGOs in the area including Masifunde, United Through Sport, Ubomi Obutsha Centre and the Thand’usana Babies Centre.

The donations will be used in the various causes for which these organisations exist including to feed and care for needy families and for the welfare of abandoned babies.

In addition to the monetary donations, the VW Community Trust gave 50 000 meals to the parents of Grade R learners in five schools in the area. Added to the meal donations, a further 5 000 protective face masks for the parents were also given. These products made by the Greater Uitenhage Sewing Cooperative (Gusco), another partner to the Trust.

VWSA forms part of the National Government Task Force and has been working closely with government on both a local and national level to assist where it can.

These donations form part of a number of initiatives by the group including the partnership agreement to convert its PE plant into an overflow facility for patients where needed, announced in May.