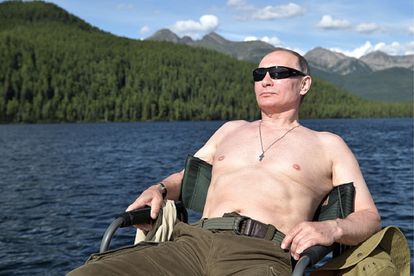 When asked who the most handsome man in Russia is, 18% of Russia’s men and 17% of its women allegedly thought of their leader, Vladimir Putin.

Yes, according to The New York Post, a poll by job board site Superjob.ru surveyed 2 000 Russians and determined that the 68-year-old bachelor is the sexiest man in the country, the Moscow Times reported.

The poll, which was published on 2 April 2021, was reportedly an ‘open-ended’ survey conducted in person and later published after Putin was granted permission by lawmakers to run for president until 2036. Putin has ruled the country for more than two decades as president or prime minister.

Not a ‘single handsome man’ in all the land

However, it should be noted that 19% of men named themselves as Russia’s most handsome man. And 18% of women said there does not exist a single handsome man in all the land, according to the Times.

“Russians still call Vladimir Putin the most attractive famous man in the country,” Superjob.ru declared, despite the 1% dip in his rating from last year. “Neither actors nor athletes or other politicians can compete with him today,” it said.

According to IOL, the president has been portrayed as a powerful figure, and to cultivate that image, his office has sent out pictures of him topless and riding a horse in the mountains of Russia, swimming in ice-cold water, playing Karate, among others.

What’s more, the Daily Mail UK published pictures of what is believed to be Vladimir Putin’s over $138bn palace. The publication described the house as a gigantic surreal of splendour, which swarms over 19 000 square feet, saying its beyond the delusions of grandeur. The house has a casino, theatre, lap-dancing room and ice hockey rink, allegedly paid for by oligarchs desperate for his patronage, the Daily Mail said in its report.