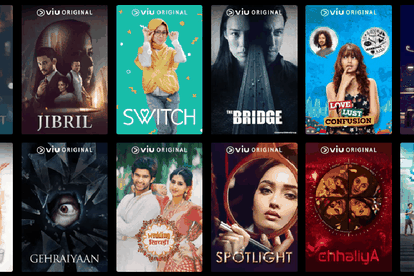 A choice of entertainment on Viu (Screenshot)

A choice of entertainment on Viu (Screenshot)

There’s a new kid on the block when it comes to South African streaming services, as the Viu platform makes its debut on Mzansi’s shores. They’ve already made in-roads into our television shows, securing the digital rights to Uzalo and Skeem Saam. But how do these upstarts measure up to the behemoths of Netflix, Prime and Showmax?

The way South Africans consume media is evolving at a rapid pace. The likes of DStv are facing serious competition from on-demand media houses, as the MultiChoice group try to establish their dominance at the top of the food chain. With this latest mouth to feed, that battle could soon become an uphill one for the traditional outlets.

But can Viu seriously compete with the big boys? That’s what we’d like to find out. We’re looking at the price structures and content available on each streaming platform, to evaluate just how successful the Asian-based digital media service can be in SA:

Viu vs Netflix vs Showmax vs Prime: Which streaming service is the best?

They’re slightly different from the competition in the sense that you can choose to pay a daily or weekly fee, instead of the standard monthly one. You can pay R5 for 24-hour access, R20 for seven-day access, or the full R69-per-month for permanent membership. It’s also worth noting many videos are available for free on the site, and you only have to pay for “premium content”.

It’s very heavy on films of Asian origin: Korean cinema and Bollywood favourites are very popular on the site. They’ve also got the “SABC collection”, which features 10 of Mzansi’s most popular shows.

You can get the basic package for R99, the standard one for R139, or go out and get the full whack for R169. All fees are based on recurring monthly payments.

There are more than 1 000 series on the platform and just under 3 000 movies. Without a doubt, this is the most comprehensive service of the lot. Netflix boasts Hollywood blockbusters, gritty dramas and innovative original content that keeps the masses entertained.

The exact figures vary, but the company recently said that 40 million active accounts would be watching shows like You and Sex Education. Their number of “frequent users” could be any number between that and 100 million. BusinessTech that 400 000 of those are in South Africa.

Around 30 million people have watched Amazon Prime shows in its first three years of existence. The addition of The Grand Tour and Jack Ryan has likely seen these numbers balloon since 2018.

This comes with a more South African twist, but still manages to snaffle some big international productions. If you like your comedy and a variety of series, this is certainly a great option. Local is lekker!

It’s predicted that around 600 000 people are streaming Showmax in Mzansi. With over 1 100 titles to choose from, it’s doing a decent job of holding its own against the bigger names.