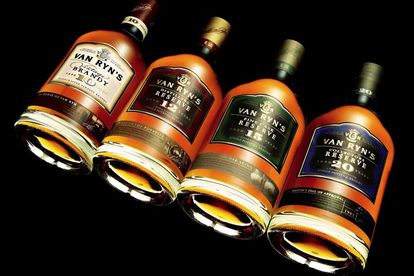 For the second year running, the House of Van Ryn’s has been voted International Brandy Producer of the Year at the New York International Spirits Competition (NYISC), and also scooped four medals across their entire portfolio of fine brandies.

Regarded as a leading authority in the world of premium spirits, the New York International Spirit Competition received almost 500 submissions from over 35 countries this year.

The judging panel includes a cast of leading importers, distributors and buyers in the retail and hospitality industries, who judge the submissions based on the underlying philosophy to award spirits for both their excellence and benchmark setting potential in their specific sector.

Only the most deserving spirits are awarded at the NYISC and this year saw only 46% of entrants in the whole competition receive some form of recognition from the judges.

“This is certainly not the type of competition where every entrant gets a medal,” comments Distell’s Brandy Ambassador Nicholas Holdcroft. “Our brandies were competing against very distinguished company from around the world, and the fact that we dominated the category by winning five out of the eight medals in total is testament to the consistency and world class quality of South African brandies.”

“It is the high calibre of the competition that makes this award so special,” remarks Marlene Bester, resident Master Distiller at the House of Van Ryn’s. “South Africa has a proud legacy in brandy production stretching back more than 300 hundred years, and being voted as the world’s best brandy producer in New York for second time in row shows that we have put that time to good use in perfecting the art of brandy distillation and maturation.”