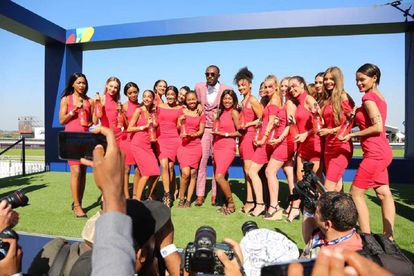 After announcing his “retirement” from professional football last week (he made a grand total of two friendly appearances for Central Coast Mariners in Australia), Usain Bolt has marked the end of his career in sport with the Mother City of all celebrations.

The effervescent legend of the track arrived for the Sun Met Gala in Kenilworth, Cape Town. Amid all the glitz and glamour of the rich and famous rubbing shoulders in the executive suites, big Usain had a riot watching the horse racing and staying cool under the hot South African sun.

The fastest man alive then made his way to the Camps Bay strip, to live it up on one of the world’s most iconic stretches of golden coastline. It’s clear that this guy can party just as hard as he can sprint!

Bolt and the locals

Then the local celebrities got their chance to shoot the breeze with one of the most famous people on the planet. Wherever Usain Bolt goes, you can guarantee a “who’s who” of SA’s movers and shakers will be somewhere nearby.

Usain Bolt vs Unathi Nkayi on the dancefloor

But this is probably our favourite thing from this weekend. The Lightning Bolt showed he’s not all about the speed, as he got down on the dancefloor and dished out some slick moves at Club Chez VIP in Greenpoint.

He even got up close and personal with singer, TV host and Idols judge Unathi Nkayi on Sunday night – phew, the following video may be the reason the Cape is sweltering this week…

Unathi Nkayi was recently getting down with the fastest man alive Usain Bolt??