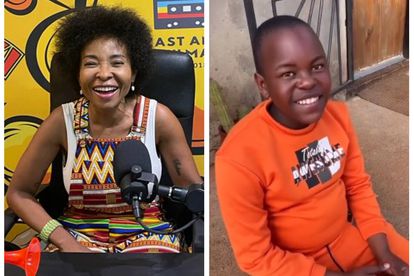 University of Cape Town (UCT) vice-chancellor Mamokgethi Phakeng has offered to pay for the studies of a “maths genius”, a young boy named Sibahle Zwane

The mathematics lecturer reacted to a viral video in which the boy correctly answers complex calculations.

Not for the first time, footage of Sibale Zwane solving tough arithmetic problems went viral. In the latest clip, posted by Africa Facts Zone, the Lehae, Gauteng teen shoots off on some serious maths sums.

According to a previous report by the BBC, Zwane was popularly known as “the human calculator”.

In 2018, 702 reported that Sibahle had been offered a scholarship by independent educators of Curro Holdings. His mother – single parent Mbali Zwane – was also offered a job.

The clip of Sibahle caught the attention of the UCT vice-chancellor, who was amazed at the boy’s talent.

She tweeted: “Help me get the details of this brilliant Math genius, I’d like to help him study at @UCTOnlineHigh School. His talent cannot be passed by! I want to pay for his studies to make it possible for him to access good education to enable him to use his talent to change the world!”