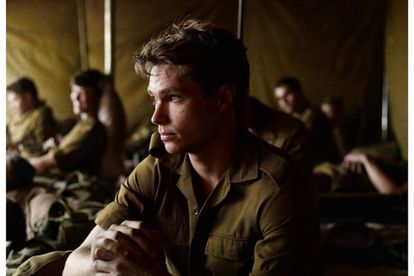 The two screening soon in London are both coming of age, coming-out films set in the 1980s with a gay man as the leading character.

Kanarie (Canary) is about a small town boy (played by Schalk Bezuidenhout) doing his military service in 1986, and Moffie (slang for homosexual), also set in the army, fighting  on the Angolan border, in 1981 where young Nicholas (played by Kai Luke Brummer) is struggling.

Both are extraordinary films to come out of South Africa. No holds are barred with the politics, the law and the religion of the time. In the 1980s all white young men over 16 had to serve two years of compulsory military service to defend the (apartheid) regime and fight the swart gevaar (the black peril). Patriotism was expected. Boys with so-called “emotional” problems, like preferring the company of men to women, used to be rooted out, treated and allegedly “cured” like a cancer. The army isn’t for softies and the South African army then was for big, tough, hard fighting men.

In Kanarie, Johan Niemand from Villiersdorp is training in the South African Defence Choir (aka the Canaries). Following a grinding military training the choir, who sing like angels, has to go on a nationwide tour of the country, travelling from town to town, entertaining people whilst also fortifying the belief in the military effort – – and promoting both Church and State. Not every choir member agrees with what they have to do. Therein lies the conflict with the commanding officers. It is tough and revealing, but also very funny and  deeply touching.

Kanarie is directed and written by Cape Town’s Christiaan Olwagen (The Seagull) and is being released on DVD and VOD on Sept 16th.

In Moffie, written and directed by Cape Town-born Oliver Hermanus, Nicholas van de Swart is a lad who knows he is different with something unacceptable about him that must remain hidden. He  is facing unspeakable horrors on the Angolan border when a tender relationship with another recruit becomes as dangerous for them both as any enemy fire. True to Hermanus’ previous films like Shirley Adams, Beauty and The Endless River, the emotions are deeply affected by the South African system and the tensions run high. Both films tell heart-breaking stories in a world that , theoretically, no longer exists.

Kanarie is available to buy on DVD from Amazon and download on VOD from iTunes, Amazon, Google, Vimeo, BFI Player and Sky Store.