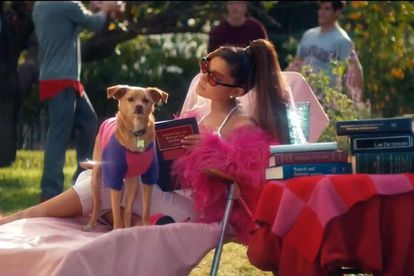 Ariana Grande broke YouTube with the release of the music video for her smash hit single thank u, next and folks on social media were getting their life.

The video broke a YouTube record by racing to a million views inside 35 minutes of being released on Friday afternoon.

Grande pays homage to films Mean Girls, Legally Blonde, 13 Going on 30 and Bring It On  in a hilarious video studded with celebrity cameos. Among them South African-born pop sensation Troye Sivan and Kris Jenner.

Comments on the video were delayed as a high volume of users rushed to take in the pop siren’s latest offering.

The video has flown past 40 millions views and inspired an explosion of memes an reactions from fans.

The movie references were a source of particular delight.

Fans have even started to put forward their own choices of four movies they would recreate in their thank u, next video.

Among the admirers were the star of Legally Blonde Reese Witherspoon.

One fan paid tribute to the track by lovingly creating this tribute video featuring twitter’s favourite head of state.

Check out the video for ‘thank, u next’ below