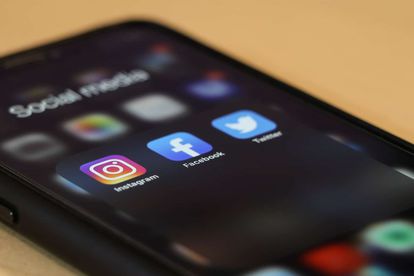 The South African government has implemented a few lockdown regulations that left citizens scratching their heads. First came the ban on buying flip flops, then an exercise window that to some implied the virus took a break between 06:00 and 09:00. The government’s next move – “Advanced Level 3” – has faced similar mockery.

What is ‘Advanced Level 3’?

Minister of Small Business and Development Khumbudzo Ntshavheni announced on Monday that the government was developing protocols to open more sectors under level 3, deeming the changes “Advanced Level 3”.

This will see sectors previously banned under Level 3, such as personal care and hospitality, allowed to operate under strict conditions. The minister explained that the changes are economically motivated and aimed to assist small businesses struggling to earn an income.

Some taunted the name…

“Advanced Level 3” trended on social media platforms, with many South African’s making fun of the name. It was given nicknames – shy Level 2 or Level 2 lite – and compared to the elite private school version of Level 3. The movie sequel of Level 3 was titled Advanced Level 3: The Legacy, and some described it as the confusing season of a series they just wanted to end.

Others mocked the rules…

The name was not the only element of the change under fire. The reopening of sit-in restaurants is on the cards, but this clashes with the mandatory mask policy. Twitter users mocked the contradiction, questioning how eating and wearing a mask was possible. Many joked that the move, and the name, was indicative of a government making things up as they go along.

While most remained confused

The overwhelming response online was – what on earth is “advanced Level 3”? The question was not necessarily about the substance of the changes, but why the logical step was not to move to Level 2. An “advanced” version of the current level perplexed those who thought the original alert levels were easily understood.

Considering the rise in numbers, some expressed uncertainty in the government’s commitment to virus management for lifting further regulations while infection numbers increase dramatically. Others celebrated the opening of sectors that would allow citizens to get back to work but followed with a critique of government for lifting these rules and not others that have been labeled nonsensical, like the tobacco ban.

Despite the struggles of lockdown and contradictory messages from the government, it is clear that South African’s haven’t lost their comedic spirit and flair for satire.