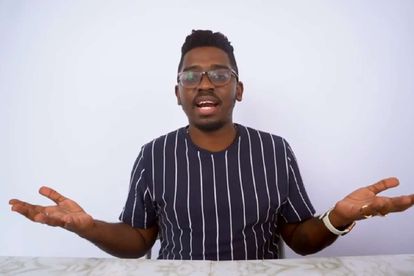 At TSA.com, we champion the ability to look at things from a different perspective. While there was nothing cheerful about the news that broke out last week, we can rely on Sibu Mpanza, our resident YouTube news correspondent, to offer comedic tone to all the doom and gloom.

Bafana Bafana failed to draw inspiration from the momentous championship victory the Springboks achieved in the Rugby World Cup, after the national football side lost 2 – 0 to Ghana, on Thursday, 14 November.

This was newly-appointed Bafana Bafana coach, Molefi Ntseki’s first test in charge of the national side and things are already not looking great.

SAA strike: Where it all went wrong

The subject of South Africa’s current affairs, our national airline, SAA, has been dealing with strike action that is threatening its very existence.

In this insert, Sibu Mpanza looks back at how shoddily the entire crisis was handled by the national airline. From failing to inform workers that more than 1 000 jobs could be slashed to not being able to prevent the protests, the YouTuber offers insight into how it all went wrong.

Something that really bemused us was the story of how five robbers found themselves wedged in a tunnel after failing to lose the trail of the police.Mpanza tells it way better, though. In the end, four suspects managed to scurry away while the fifth was rushed to hospital in police custody, after sustaining injuries from the highspeed car chase-slash-shootout.

This time last week was a grim period for many who suffered as a result of the raging torrential conditions that hit the humid coastal region of KwaZulu-Natal. Mpanza revisits the scale of the damage that was caused by the thunderstorms and tornado.