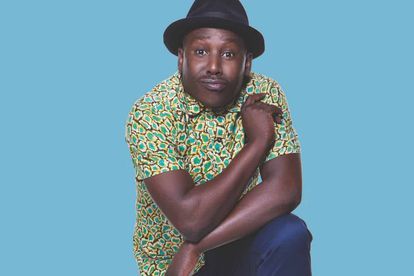 Showmax picked up five SAFTAs for their first original production Tali’s Wedding Diary in the same week that the show passed one million views.

Trippin with Skhumba is a uniquely South African reality show and is the first original reality series as well as the first vernacular series on Showmax.

Last week, Skhumba and the crew jumped in the CaraCara and took a trip to visit Mashabela Galane’s hometown in Limpopo.

This week, we’re travelling 1 000 km from Jozi in his CaraCara to see Siya Seya’s home in Port Elizabeth and find out more about his rise through the South African comedy ranks.

In this episode, we hear from Siya’s mother who admits that the comedian wasn’t much of a talker growing up so she’s still surprised when she sees him working his magic now.

It’s unlikely you’ll see Siya in the next Fast and Furious movie as the comedian admits that he doesn’t drive. Siya had this to say about his experience learning to drive:

“I went to a driving school in Joburg and they taught me how to drive in Setswana. Except I can’t drive and I can’t understand Setswana…”

Siya credits Skhumba with helping him survive before he made it in Johannesburg. He said as a comedian, it’s hard coming form another province, and that one ends up “stalking every comedian” and beg for gigs. He explains:

“And basically, Skhumba saved my life. In 2016, he took me in when I arrived in Joburg with no plan and one month’s rent and helped me find gigs.”

When Skhumba visits Siya’s mother in Motherwell Township, he asks her, “Ma, how do you feel having such a funny child? Are you aware of how powerful your son is now?” Siya’s mother says she didn’t see it coming:

“My child, I don’t know how it happened. Because growing up, he didn’t talk a lot. Siyabulela is generally a quiet person. He shocked me when I saw him talk so much. I didn’t know he could be that way.”