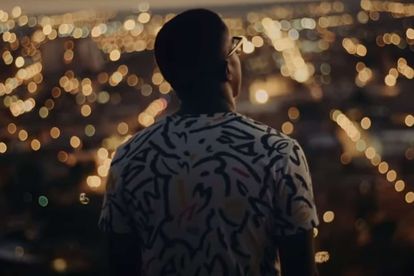 A new advertisement from the official YouTube account of South African Tourism is touching base on the stories that come from South Africa and how it is “unlike any you’ve heard before”.

‘The Greatest Story of Them All’

The advertisement titled ‘The Greatest Story of Them All‘ seemingly looks at South Africa and the different stories shared among its people. It also touches base on the national lockdown and how “we should share our stories” once more as South Africa is gradually moving to lift various restrictions that were put in place due to the world’s latest health pandemic.

“There’s something different about our soil…because of all the places humanity could have started, it chose South Africa and that is why the stories that come out of here are like no other,” the narrator says in the video. “Our stories will take you on a tour of liberation through the streets of Soweto, a journey into the early sapien life, get you dancing to the electro beats of Kwaito, experience Xhosa culture through taste and so many more stories of the Motherland. Stories of real humans in extraordinary sites. The stories where everyone plays a part, including you.”

“When we travel we stumble upon places far beyond our imagination. We set footprints on the sand and wish they could be there for eternity because these are the places that remind us of our humanity. Join us on social media and #ShareSouthAfrica to be part of the greatest stories of them all.”

The advertisement comes after a report from Statistics South Africa showed a negative trend in the tourism sector in May this year. The local travel industry has been hard hit since early in 2020 as international visitors either cancelled or postponed their trips to South Africa due to the unfolding coronavirus problems in their own countries and concerns about the health risks posed by air travel.

This has since been exacerbated by President Cyril Ramaphosa’s declaration of a national state of disaster on Sunday 15 March.

Among the package of measures designed to reduce the spread of the virus within South Africa, are stringent travel restrictions and bans on certain foreign visitors, as well as the closure of a number of ports of entry.

Of course, South Africa has been a popular tourist destination with global travellers so much so that in fact, it has become a crucial sector of the economy and provides strong social and economic value to millions of locals in South Africa every year. Even with the decline in the tourism sector, a new survey showed that South Africa is one of the most popular choices when it comes to those dreaming of a post-Corona escape.

“With borders beginning to slowly open back up and the possibility of travel starting to return, we were interested to find out if travellers’ preferences have changed and how they are thinking about their next trip,” the company said after the survey was conducted in April and May 2020. “Where do they want to go? Who do they want to go with? And when is the earliest they feel comfortable travelling?”

The results show that a majority of respondents (54%) would still like to go on vacation in 2020. Interestingly, one in four travellers would depart right now if they were given the opportunity. In contrast, 46% of travellers have no desire to travel in 2020.

It was found that South Africa, New Zealand, and Canada are the three most popular destinations within the Tourlane community of travellers, followed by Costa Rica and Namibia which close the top five.