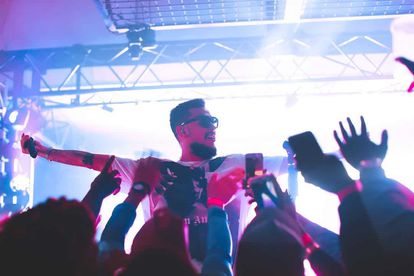 AKA, regarded by the South African urban music community as the king of Hip-Hop, recently released his third solo project, Touch My Blood, to rave reviews.

While many people are still getting used to AKA the singer (he sings more than he raps on this album), there are a few other things we learned about the Mega.

AKA, by nature, is a true experimentalist

On Levels and Alter Ego, we knew what to expect: a self-absorbed lyricist with the ability to make narcissism sound pleasurable and easy on the ear.

His signature sound has always been the same: pacy flows darting on trap beats with an agility most rappers didn’t have. If you were an AKA fan at this time then you’d be satisfied by the fact that you were getting your monies worth.

However, on Touch My Blood, we meet a version of AKA that almost entirely escaped from the rap genre. Songs like Fela in Versace and Jika are Afro Pop gems that feel like the golden era of the late 80s. It will surely take some time for his fans to come around to appreciate this new approach.

Kairo is the most important thing in AKA’s life

We don’t usually hear AKA reveal much about people in his life through his music. The most you’d get out of an AKA project is the number of watches he has and where in the world he popped that expensive champagne.

For the first time, however, we see him express his affection for his daughter on most tracks in this album. He even went as far as using her image in his album art and merch.

This Beyonce does not run AKA’s world

The most talked about song on the album must have been Beyonce. People were surely smart enough to know that the song was not actually about Jay-Z’s wife but about a woman in his life who thought she was Beyonce.

He revealed in an interview that we could only refer to the person in question as Beyonce, for legal purposes. We deduced, though, that it was Bonang, his former girlfriend, that he speaks about in the song. For the first time, AKA bares it all in a song about scorn, love and betrayal.

The maturation of a narcissist is the best way to describe this new AKA, and his fans are still not certain about the direction the Mega is set to take in his career now after it was revealed by his management that this was his last offering.