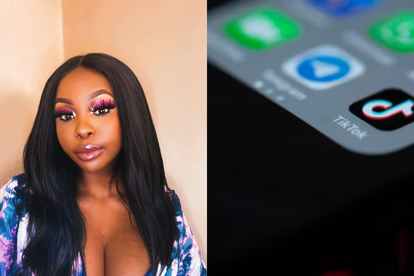 A woman was tricked by TikTok scammers who “sell” cars. Images via Twitter: @_Sanelle

A woman was tricked by TikTok scammers who “sell” cars. Images via Twitter: @_Sanelle

Social media is currently buzzing about Netflix’s Tinder Swindler and haven’t stopped discussing the documentary’s antagonist, “Simon Leviev”. With all the scamming business that has been brought to light, another young woman shared how her colleague fell victim to a TikTok car scam.

Many have shared their thoughts on people who fall for scams and those who manage to trick innocent social media users into doing just about anything.

TikTok scammers take a page out of the Tinder Swindler’s book!

If there’s one thing that people can never be too careful about, it’s social media. Not only are there mental health red flags when it comes to the various social media applications people use, but there are also merciless thugs waiting for their next victim.

At the moment many eyes have been opened to the scary side of social media after Netflix aired their documentary, Tinder Swindler.

The show follows the stories of three young women who were swindled out of millions of dollars by a young man who posed as a billionaire and actually lived like one – with their money of course.

ALSO READ: Tinder Swindler: Who is Simon Leviev and where is he now?

And now another young lady has come forward to share how her colleague fell victim to a scam on Tinder.

Taking to Twitter on 7 February this year, a user with the handle @_Sanelle shared that her friend and colleague was tricked into paying R30 000 for a car that was being advertised on TikTok.

“This other lady at work got scammed R30k. Why would you try to buy a car on TikTok?!” she asked.

The post received a ton of attention from Twitter users who shared similar tales of being conned out of their money on social media. Read some of their comments below:

“I got scammed R100 000 by a neighbor is even tired of fighting it, had family meetings with no luck.”

“Reminds me of my friend, last year he got scammed for over 15k. He wanted to buy an Audi A3 on Facebook. Only found about it when he wanted me to lend him 4k because the scammers wanted more. When I told him shit that he got scammed he then ghosted me. Mara, I had to laugh at him 1st.”

“Why would you send money to someone without a proper and thorough investigation? Why not say I’d rather deposit a portion of it and send the rest when I come to collect the car.”