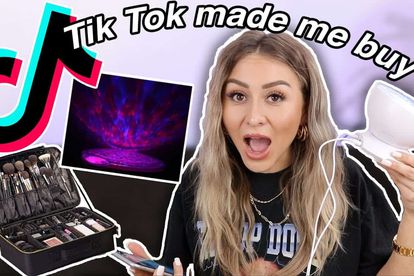 Creators on TikTok are already using the app to promote their product picks. Image via YouTube @YesHipolito

Creators on TikTok are already using the app to promote their product picks. Image via YouTube @YesHipolito

TikTok is reportedly preparing to tap into the online shopping frenzy with new e-commerce features that are set to roll out in 2021.

According to Financial Times, TikTok’s new offering could pose a threat to Facebook which announced a digital shopping channel on its main site in 2020.

TikTok has been preparing to formalise its e-commerce division following a partnership with Shopify in October 2020.

Though details surrounding the rollout aren’t yet available, this is what we know so far.

WILL TIKTOK MAKE YOU BUY IT?

The viral-video sharing app is set to drop several features aimed at bringing a new meaning to the #Tiktokmademebuyit hashtag. This is a hashtag to encourage users to buy products featured by content creators.

Lined up for the rollout is the ability for brands to showcase their product ranges on the platform.

TikTok’s e-commerce features will also include tools that will allow select users to share links to products. They’ll then earn a commission if a sale results, according to senior advertising executives familiar with the initiative.

Creators will be able to link to any products they like without being affiliated with the brand.

Watch as one creator gives her take on products she favours:

The live-stream service follows a previous trial with Walmart to sell its wares — as seen on popular TikTok creators — directly from the social media app.

According to a report by mobile app intelligence agency Annie, viewers spent more time on TikTok than on Facebook in 2020. This suffices as its biggest pull for online shopping.

In 2020, the video-sharing site caught Facebook’s attention as a threat. Facebook’s response was Instagram Reels, which allows for scrollable video feeds on the Facebook-owned platform.

However, with four social media apps under its name, Facebook as a company is expected to defend its title of most popular social networking service.

TIKTOK HAS OTHER BIG PLANS TOO

TikTok is projected to record more than 1.2 billion monthly active users by the end of 2021. It is expected to build on the growth of mobile-facilitated at-home activities fuelled by the coronavirus pandemic, techcrunch.com said.

In addition to the online shopping tool, features that will soon roll out include user access to Universal Music Group’s full catalogue of music and the new TikTok TV app compatible with Google and Android TVs.

ALSO READ: Education at your fingertips with the new digital learning tool on TikTok