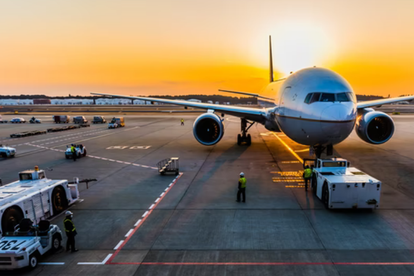 One baggage handler has wowed viewers with his packing skills. Image via Unsplash

One baggage handler has wowed viewers with his packing skills. Image via Unsplash

Some online videos have a certain satisfying effect and this one that shows a baggage handler in action is one of them. In a TikTok clip that was shared on the app by @DjSugue, the baggage handler can be seen quickly and effectively packing hundreds of bags in the plane’s undercarriage.

How many times have you scrolled through your social media and gotten distracted by a video that was weirdly intriguing and before you know it, you’ve watched until the end?

Most of us can say that that it happens very frequently!

TikTok user @Djsugue shared one of those kinds of videos and judging by the 17 million views, TikTokusers absolutely loved watching it. In the clip, a baggage handler manages to pack all the luggage into the plane neatly despite the fact that they were different shapes and sizes.

“How 100 bags look like inside the belly of a plane,” reads an on-screen caption.

Years of experience and trying to break records

Cape Town ETC reports that Sugue has been working as a ramp agent for four last years and over the years became an expert at packing. They also report that it takes him between 10 and 20 minutes to complete the job.

In a different video, Sugue tries to beat his current record and aims to pack all the backs in 10-12 minutes – but this has not been easy for him to achieve.

“It’s tough loading everything under 10 minutes, but I try my best,” he said.

Meanwhile, he has also gotten thousands of comments from TikToker who enjoy seeing him in action. Many of them also share encouraging words to help him reach his goals.