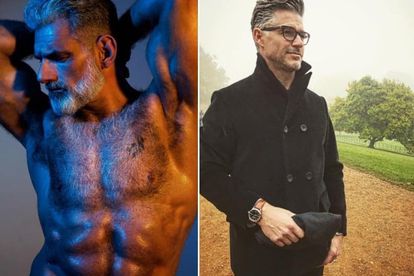 No wonder they say that men are like wine…the older they get, the better they look.

Take a look at these incredibly good looking men who are 50 years-old or older. They completely destroy the idea of ‘looks fade’ as you get older.

According to Brightside, Philippe grew out his beard and decided to try modelling. As you can see, he found a gig and (more) in no time at all.

Anthony is a model in New York and inspires people to lead a healthy lifestyle and exercise regularly.

This Italian hunk won over the people of the world with his dancing skills. He is a businessman who has a very positive outlook on life.

Aiden is actually a British author, recognized model and actor.

This handsome man is one of the most sought-after faces in men’s fashion at the moment. He’s also an event planner in Hollywood and editor of At Large magazine.

A photo posted by Alessandro Manfredini (@alessandro_manfredini) on Feb 15, 2016 at 8:07am PST

This Italian-born model is living proof that when a man gets older, an awesome beard and tattoos can look good and sexy.

This stage actor from China decided to take on modelling and soon became known as the “hottest grandfather in China”. He became an absolute inspiration to people around the world after he walked the runway like a pro.

Irvin is a school teacher who probably gets a lot of female attention. Did anyone say sugar daddy??!!

As you can see Ron Jack Foley from Toronto, is all man. Just look at that beard! He’s a model and probably one of the world’s most sexiest men.

One day Shan wanted to change the way he looked and started exercising. He completely transformed himself. And, as you can see, he’s done a pretty good job.

47yrs vs 53yrs We never should live in the past but visiting the past can remind us how blessed we are today! I thank God on this Thanksgiving Day that He has brought me this far! We may fight Him but He never gives up on us. Hope you all have a very blessed holiday! ???????????? #menofoutdoors @menofoutdoors #beardlove #fitspiration #aesthetics #texas #physique #fitness #instalove #instagramfitness #transformation #determination #fitfam #beardgang #fitnessmotivation #liveauthentic #Fitnessgoals #instafit #silverfox #beard #bearded #beardedlifestyle #beardsofinstagram #faith #lumbersexual @thebeardedvillains