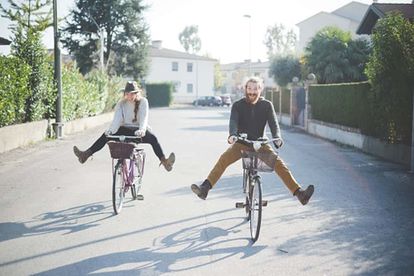 If you want to live until you’re 80-years-old or older, you may want to consider Italy.

The place of pasta and pizza has been ranked the healthiest country on Earth in the Bloomberg Global Health Index out of 163 countries. According to the index, a baby born in Italy can expect to live to be an octogenarian (a person who is between 80 and 89 years old).

With Italy at number one, Iceland, Switzerland, Singapore and Australia rounded out the other top four spots as the healthiest countries.

The index, released on Monday, graded countries based on variables such as life expectancy, causes of death and health risks – think of high blood pressure, malnutrition, the availability of clean water and tobacco use.

Bloomberg found Italy to be one of the most developed countries, even with some of their youngsters out of jobs and saddled with debt loads, they are still healthier than Americans, Canadians and Brits, who suffer from high blood pressure, cholesterol and poorer mental health.

Bloomberg reports that Italy also has an excess of doctors, according to Tom Kenyon, a physician and CEO of the global relief organization Project Hope (apparently the longest running television show in Italy is called “A Doctor in the Family”…so yeah, kind of makes sense).

Then we get the diet. We know Italy is known for its cuisine (among other things) but who’d ever thought they’d be the healthiest with all of those carbs eaten every day.

Apparently, though, their food is rich in vegetables and drizzled with virgin olive oil. And it seems the importance of having access to fresh produce, fruit, lean meats and fish makes all the difference, according to Adam Drewnowski, director of the Center for Public Health Nutrition at the University of Washington.

Meanwhile the United States ranked as one of the heaviest nations in the world. It placed at number 34, with a grade of 73.05 out of 100.

Only 163 countries had enough data to be included on the list. Here are the top 50:

Unfortunately, there’s no indication of South Africa on the list.